Coolmore Stud agent Demi O’Byrne has no peer in the sale ring but even the best eye in the business couldn’t save him from a glaring gaffe at the 2006 Fasig-Tipton Calder 2YO Sale.

O’Byrne bid $16 million for a Forestry colt on behalf of John Magnier.  The most expensive horse ever sold at public auction was named The Green Monkey but he was retired after just one placing in three starts.

The Green Monkey gives every indication he will be more successful at stud.  His first winner arrived at Del Mar on Saturday when Kinz Funky Monkey won an 1100m maiden after vying for the lead from the outset.

Kinz Funky Monkey (2f The Green Monkey – Pretty Ready by More Than Ready) is trained by Peter Eurton after being knocked down for $82,000 at the 2012 Barretts April 2YO Sale.  She is one of 24 two-year-olds in the first crop of her sire who stand for $5,000 at Hartley – De Renzo Thoroughbreds in Florida. 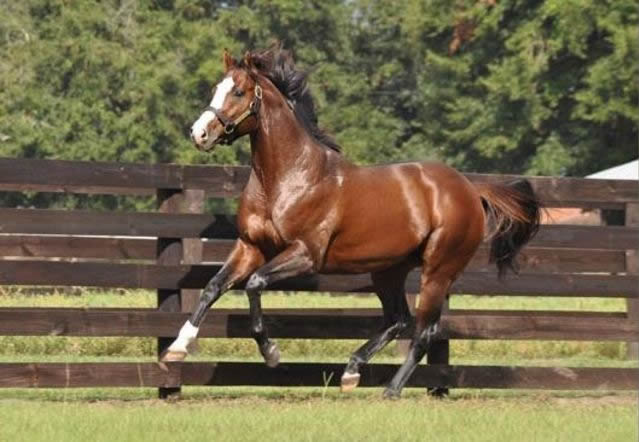