More Than Exceed had been threatening to add his name to the long list of Stakes winners by More The Ready (USA) for quite some time before finally breaking through in Hobart on Sunday.

The Phillip Stokes-trained 6yo gelding had been battling a run of outs since the 2020 Mildura Cup but was always travelling like a winner in the Thomas Lyons Stakes (LR, 1400m) for local rider Ismail Toker.

He is the 213th Stakes winner by More Than Ready and they have won a total of 419 Stakes races.

More Than Exceed sat in the sweet seat behind front-runner Deroche and then sprinted to a winning lead in the straight.  Mandela Effect and Justacanta made late challenges, however, the mainland raider maintained a margin to the line.

“This is a great result,” stable foreman Michael Harrison said.  “We originally planned to lead but Ismail said we would be better off taking a sit behind Deroche and it worked out brilliantly.  It’s great when you make a successful trip away and I’m so pleased for the owners.”

More Than Exceed is raced by a syndicate managed by Alan Sheppard and was originally heading to Tasmania with Hobart Cup candidate Daqiansweet Junior (NZ).  But when the stablemate was withdrawn, his travelling companion did ship across Bass Strait and it paid off with black-type and an increased bank-balance of $475,650.

He was bred by Dato Yap’s Raffles Dancers and was a $260,000 purchase from the 2017 Gold Coast Magic Millions.  His dam Exceedingly Ready (Exceed And Excel) hails from the family of MRC Thousand Guineas (Gr.1, 1600m) winner Lady Of The Pines.

In Hong Kong, More Than Ready expat Stoltz is heading for higher grades following another easy win over 1000m at Happy Valley on Wednesday.  He started a long odds-on favourite after clocking a record 55.85s over the same distance on debut last month.

Formerly prepared by Annabel Neasham, Stoltz won three times at Wyong in nine Australian starts before relocating to Hong Kong.  “He goes to up to Class 2 now,” trainer Francis Lui said.  “I prefer to keep him here at Happy Valley but it will depend on the programme.  Zac (Purton) says he’s improving and getting more mature.”

Stoltz was bred by Kia Ora Stud and sold for $200,000 at the 2019 Gold Coast Magic Millions.  His USA-bred dam Decelerator (Dehere) won a Group 3 in the Churchill Downs Debutante Stakes and her filly Nafaayes (Exceed And Excel) won a Group 3 in the 2018 Ipi Tombe Challenge at Turffontein.

More Than Ready (USA) had 8 of his final southern-hemisphere yearlings sell at an average of $102,500 in Book 1 of the Inglis Sydney Classic Sale last week.  There’s another 12 catalogued for the Inglis Melbourne Premier Sale starting next Sunday week, February 27. 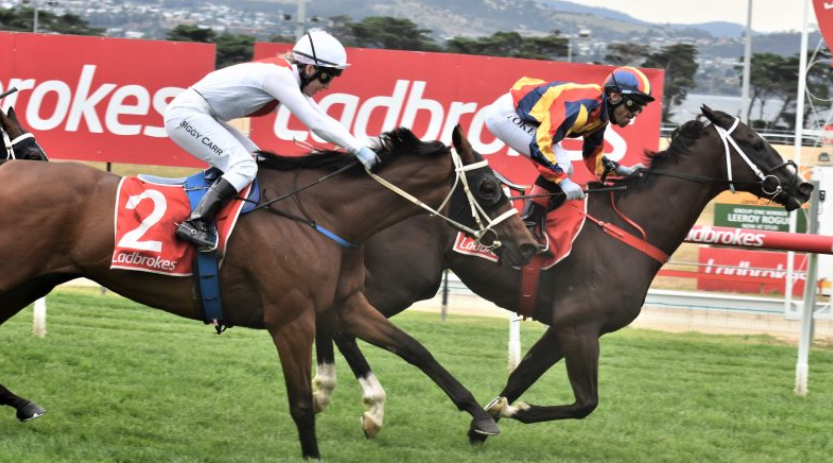