Macau star Wonder Mossman staked his claim for Horse of the Year honours with a Group 1 victory in the Macau Gold Cup (1800m) on Saturday.

Wonder Mossman (5g Mossman – Eighth Wonder by Danehill) led from the outset and then powered away for a four-length victory from NZ bred gelding Best Season (Bahhare).  He was coming of a record-breaking win over 1500m at Taipa last month.

Mossman got him from Eighth Wonder who retired a maiden after 6 starts for Harvey and trainer Guy Walter.  She is a daughter of 1998 Melbourne Cup winning mare Jezabeel (Zabeel) and her most recent foal is a More Than Ready filly born last August.

Mossman will finish a career-high fifth on the Australian premiership in 2013-14 with earnings of $8.49 million.  He has sired the winners of 18 stakes races this season and there have others in South Africa, New Zealand as well as Macau.

Testa Rossa colt Good Master started a successful weekend for Vinery in Macau winning the LR Lisboa Challenge (1350m) on Friday.   “He has been a model of consistency all the way through,” trainer Gary Moore said.  “You don’t see many horses set a speed like that then have a kick at the end to run a new class record.” 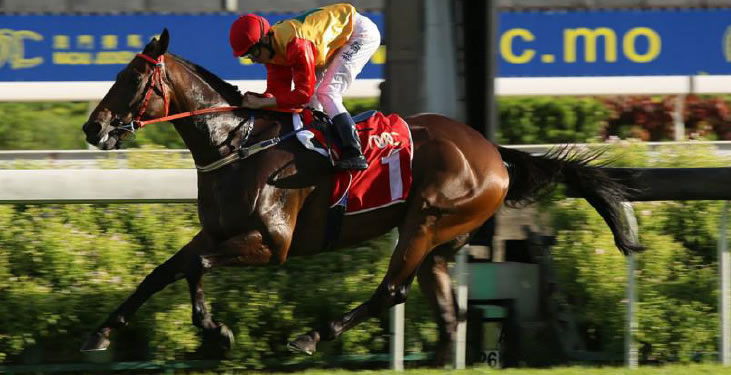