He could be something special but the jury is still out on Jaminzah.

The Master of Design colt is a mystery waiting to be solved after a win and place in three starts for Chris Waller.

The champion trainer admitted his 3yo colt hadn’t shown anything in trials before racing.  “I told the owners to have no expectations but he’s performed completely above what we expected.”

Jaminzah was only beaten a head on debut at Newcastle and then broke through at Kembla Grange a fortnight later on November 19.  “He drew wide, sat three wide but still won well,” Waller added.

Rising in class at Rosehill on Xmas Eve, he settled well back and made ground in the straight behind front-running winner Achi Baba.

“I was reluctant to fully test him over the concluding stages,” jockey Brenton Avdulla told stewards.  “He was improving up on the heels of Pipeline and Argent D’or but it would have become awkward if I continued to ride along.”

The Bells have continued to support the Master of Design – Sarchi Lodge cross and have a yearling filly and a filly foal that were conceived at Swettenham Stud.

Master Of Design sired another good one when mated with Ardent Command (Commands) in his first book at Swettenham.  Named Coco Gabrielle, she showed plenty of fight when fourth first-up at Bendigo on December 18.

Coco Gabrielle is trained by Darren Weir and was featured in last year’s Herald-Sun – Win a Racehorse competition.  She made $70,000 at the 2015 Melbourne Premier and the Melbourne newspaper offered a 10% share in the filly in conjunction with Inglis.

Master Of Design (Redoute’s Choice) has just finished his fifth book at Swettenham for a $15,000 service fee. 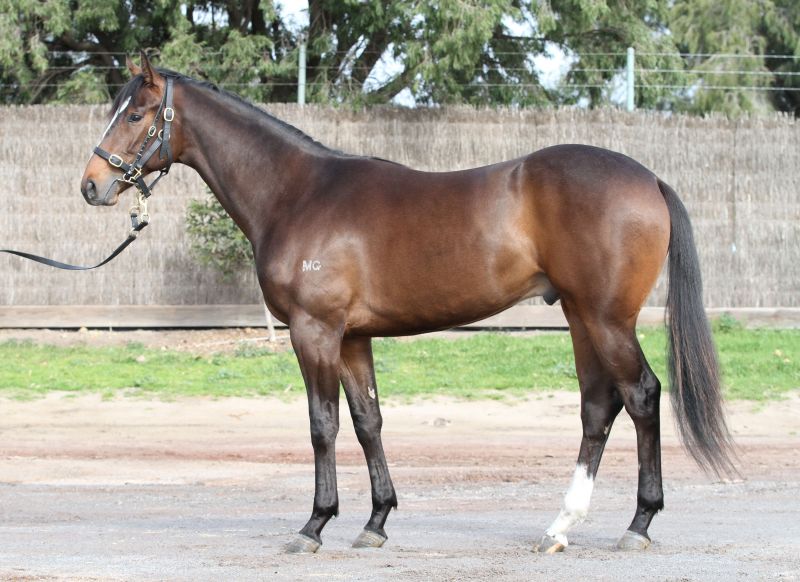