Renowned agent Demi O’Byrne has a huge opinion of Vinery shuttler Big Brown and he backed that judgement on Day 3 at the Keeneland September yearling sale.

O’Byrne paid $825,000 for the Big Brown colt out of stakes-placed Dehere mare Cold Awakening on Wednesday.  “He’s a great mover, has a lovely head, and he’s a very stylish horse,” O’Byrne said.  “He will most likely be sent to trainer Todd Pletcher.”

Earlier this year, O’Byrne paid $1.30 million on behalf of Coolmore Stud for a Big Brown colt at the Fasig-Tipton Florida 2YO Sale.  That colt is also prepared by Pletcher and is within a month of making his debut.

Big Brown’s Keeneland colt is a striking dark bay and was consigned on behalf of Whitechurch Bloodstock.  He is a half-brother to G2 Illinois Derby winner Recapturetheglory and was originally sold for $140,000 as a weanling at the 2011 Keeneland November Sale.

Big Brown won the 2008 Kentucky Derby and Preakness Stakes before shuttling to Vinery in 2010 and 2011.  A lacerated hind leg prevented him from covering a third Australia book this year.

There have been six Kentucky-bred first crop winners by Big Brown so far this year.  His top colt Brown Almighty was narrowly beaten by Java’s War in the LR Sunday Silence Stakes in New Orleans last Saturday and will seek revenge in the G3 Bourbon Stakes on October 7.

The winner of that race will gain an automatic entry into the $1 million Breeders’ Cup Juvenile Turf at Santa Anita on November 3. 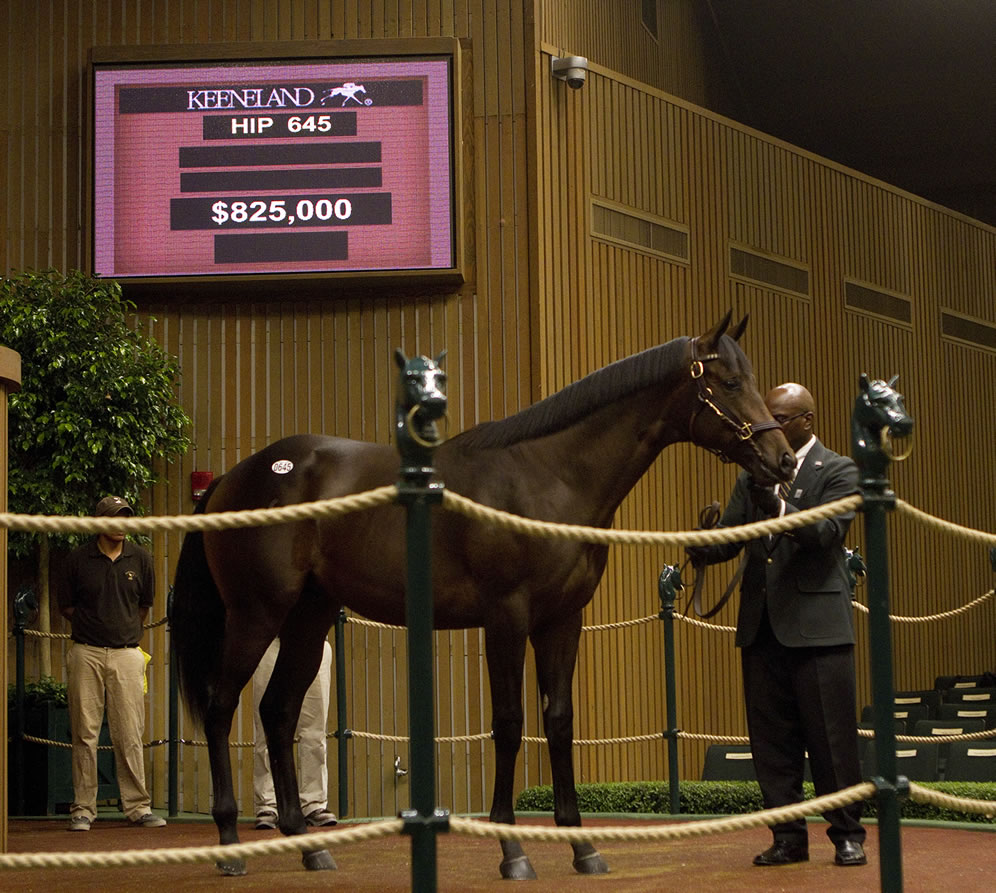