O’Farrell will take over from Peter McGauran who is leaving after almost five years at the helm of Racing Australia.  He has accepted an administrative role with Tabcorp

“Mr O’Farrell has been selected from a highly credentialed group of applicants for the position,” McGauran said.  “He is an innovative and experienced leader who will bring his demonstrable skills to the organisation.”

O’Farrell led the NSW Liberal Party for seven years, serving as Premier from 2011 to 2014, until he stood down after admitting to misleading the Independent Commission Against Corruption over a $3,000 bottle of wine accepted as a gift. 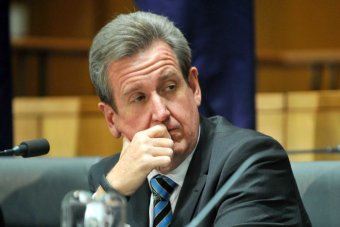 In 2015, O’Farrell conducted a review into illegal offshore wagering with the federal government accepting 18 of his 19 recommendations to protect Australian consumers.

O’Farrell (pictured), who starts his new role in January, spent 20 years in state parliament and has served on the board of the Australia-India Council since his resignation from politics.

The Sydney Morning Herald reports Tony Abbott’s former chief of staff Peta Credlin was also sounded out for the job by Racing Australia.

Departing Racing Australia chairman John Messara endorsed O’Farrell who helped bank The Championships in Sydney with $12.3 million in funding when he was NSW Premier.