Willaview Park celebrated its first winner by Champion sire Oratorio when Off Wego powered home at Northam on Thursday.

The Great Southern property formerly known as Mungrup Stud was recently rebranded by Claire Williamson who is standing Oratorio and A Lot (USA) this season.  Both stallions have been nominated for the Westspeed Platinum Scheme under Willaview Park.

Off Wego is a 3yo gelding trained by Adam Durrant for a ladies syndicate that includes Claire’s mother Jan Williamson.  He was bred by Mungrup Stud and sold for $110,000 at the 2019 Perth Magic Millions.

“He’s a slow-maturing Oratorio and will appreciate a bit of ground,” Durrant Racing manager Duran Carter said after the TABtouch Stream Live Maiden (1400m).  “It was only his fourth start and he scooted past them down the straight.  He was ridden a treat by Clint Johnston-Porter and recorded a slick last 600m (34.20s).”

Oratorio sired his latest individual winner (and 264th overall) from The Danehill Rose.  Off Wego is her first foal and, coincidentally, she was the first winner for former Mungrup sire Danehill Express at Ascot in February 2012.

The Danehill Rose was sold for $14,500 to Mine Struct manager Chris Streat at the Mungrup Stud Dispersal Sale last month.  She changed hands in foal to Oratorio and her yearling colt by A Lot was purchased by Barry Edwards for $14,000.  Her dam Rose of Thunder (Metal Storm) won 6 races including the 2003 Perth Magic Millions 2YO Classic. 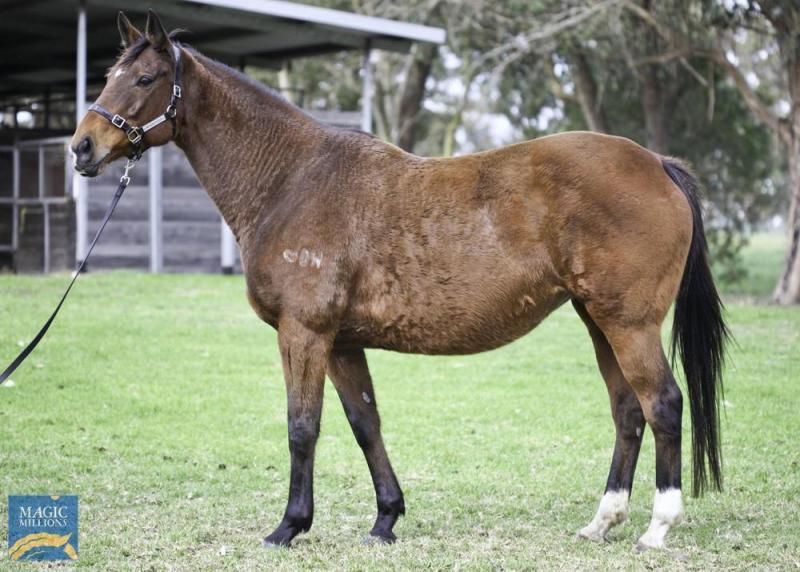