Testa Rossa’s Kiwi star Enzo’s Lad won a thrilling duel with Wekaforce in the Lightning Hcp LR at Trentham last weekend and Mossman mare Diamond Effort can complete a hat-trick in the Hareeba Stakes LR at Mornington this Saturday.

Enzo’s Lad sat wide under Jason Waddell before enhancing his record at Trentham.  He had won the 2018 and 2019 Telegraph Hcp at the track and was only nailed a nose when attempting a Group 1 feature treble in January.

Trainer Michael Pitman was delighted to see him bounce back after an overseas campaign in England last year.  “We’ve been behind the eight-ball since Royal Ascot,” Pitman said.  “He still had his winter coat for the Telegraph.

“I just told Jason he loves a dog-fight and to make sure he was outside Wekaforce at the 400m.  He’s tough and got on terms at the right time.”

Enzo’s Lad is one of 66 stakes winners by Testa Rossa and he’s also a Top 5 stallion on the Australian Broodmare Sires’ premiership this season thanks to Melbourne Cup winner Vow And Declare.

Fellow Vinery veteran Mossman reached a career-high six years ago this Saturday when Mossfun won the Golden Slipper Stakes Gr.1 at Rosehill.  She was trained by Team Hawkes for Emirates Park and is one of 5 elite winners among his overall tally of 40 stakes winners.

Diamond Effort can join them in the Hareeba Stakes LR at Mornington’s stand-alone meeting this Saturday.  Caulfield trainer Clinton McDonald had also nominated her for the Birthday Card Stakes Gr.3 at Rosehill but elected to stay closer to home.

“She’s won her last two at Flemington and Caulfield and is starting to settle a lot better this prep,” McDonald said.  “She’s got such a high-cruising speed but we wanted to teach her how to go through the gears.”

Mossman sired Diamond Effort from Relativity (Geiger Counter) who has also foaled Melbourne Group 2 winner Second Effort.  They were both bred by South Australian-based Geoff and Christine Tucker and another close relation is Headwater’s recent 2yo debut winner Mileva.

“She’s always shown us a great deal of promise,” McDonald added.  “I know the family well.  Second Effort started to put it all together as a four-year-old and she’s the same.  They turn into pretty decent racehorses.” 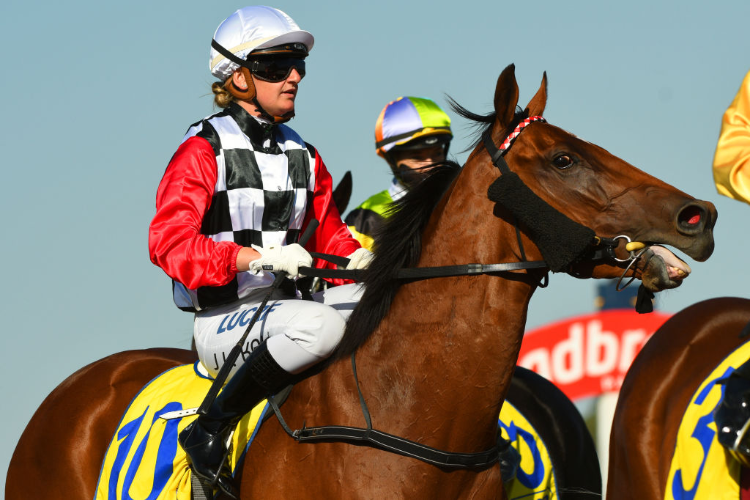