More Than Ready’s current crop of juveniles are off to a flyer in North America and there’s exciting times ahead for youngsters like Hit The Road.

It’s early days for the juvenile division but the Vinery legend has moved into third place behind Into Mischief and Pioneerof the Nile for this year’s 2YO Premiership.  He has sired 7 individual winners with earnings of $365,557 led by precocious filly Magic Dance.

She won the Debutante Stakes LR at Churchill Downs last month and Hit The Road is also black-type bound after blitzing a Del Mar maiden over 1600m on Sunday.

Hit The Road (2c More Than Ready – Highway Mary by US Ranger) struggled on dirt on debut at Santa Anita, however, he was a different proposition on turf second-up.  Settled midfield skirting the fence by jockey Joe Talamo, he angled wide in the lane and barrelled past the leaders to win by over a length from Cool Runnings (American Pharoah).

“He’s a striking individual with enormous potential,” Boomer Bloodstock (FBAA) agent Craig Rounsefell said of the April 30-foaled colt.  “It’s always exciting to get a winner at Del Mar, my favourite racetrack, and it’s even better when it’s with great friend and trainer Dan Blacker and a super crew of owners.”

Rounsefell secured him for $160,000 at the 2018 Keeneland September yearling sale and for a colt with a stallion’s pedigree, that price-tag was an absolute bargain.

They hold nominations for the Breeders’ Cup in November as does Hit The Road who is from a half-sister to Coolmore Stud’s Group-winning stallions War Command (War Front) and Naval Officer (Tale of the Cat).

More Than Ready stands for a $55,000 service fee at Vinery.  He’s currently in quarantine at the Mickleham Quarantine Facility in Melbourne and will travel to the Hunter Valley in plenty of time for the Vinery stallion parades on the weekend of August 24 and 25. 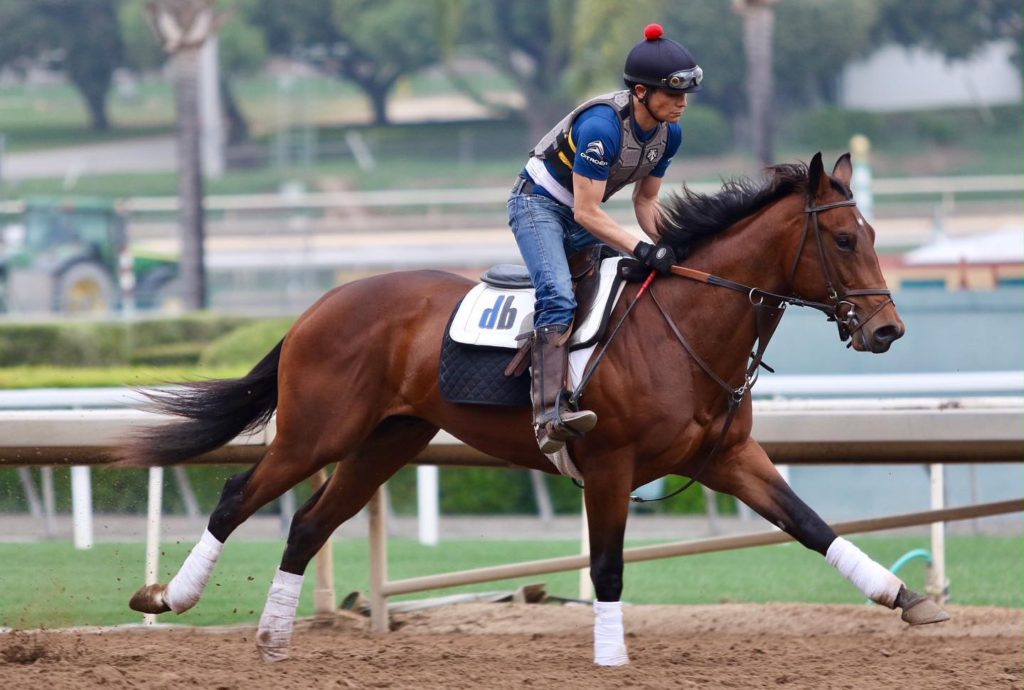