Former Darley shuttler Tiger Hill has died as a result of a paddock accident at Gestüt Fährhof in Germany.  He was 17.

Tiger Hill (Danehill) covered four books in Australia until 2008 and, to date, there have been 63 winners at a 45% strike rate.  His best southern-hemisphere bred galloper has been this year’s Magic Millions 3YO Guineas winner Punch On.

Tiger Hill was undefeated as a three year-old winning the 1998 German 2000 Guineas and Grosser Preis von Baden at Group 1 level.  Timeform rated him among the Top 5 horses sired by Danehill in the northern hemisphere when he retired after the 1999 Japan Cup.

He initially stood in France and Germany and jumped the blocks with fully 15% of his winners developing into black-type winners.  He was then recruited by Darley who stood him at Dalham Hall in Newmarket and Kildangan Stud in Ireland. 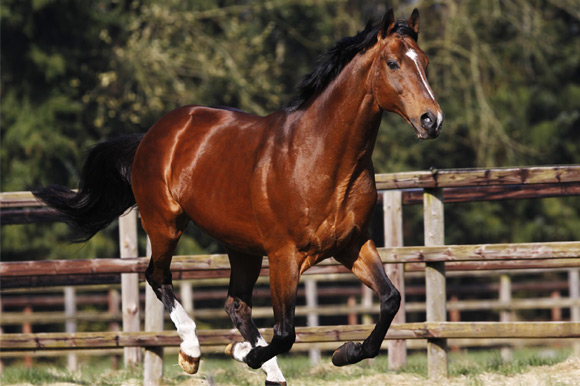