Newcastle trainer Dave Atkins has time on his side with beautifully-bred maiden winner Fuchu.

The All Too Hard 3yo has been given time to mature and that paid off in the Rankin Ellison Lawyers Plate (1400m) on Saturday.  He had the field covered at the furlong and was eased down by apprentice Nick Heywood for a convincing half-length victory.

“I’ve got a very good opinion of Fuchu,” Atkins said a day after the home-town result.  “He’s a little professional and pulled up well but I’m only going to give him one more run and then tip him out again. 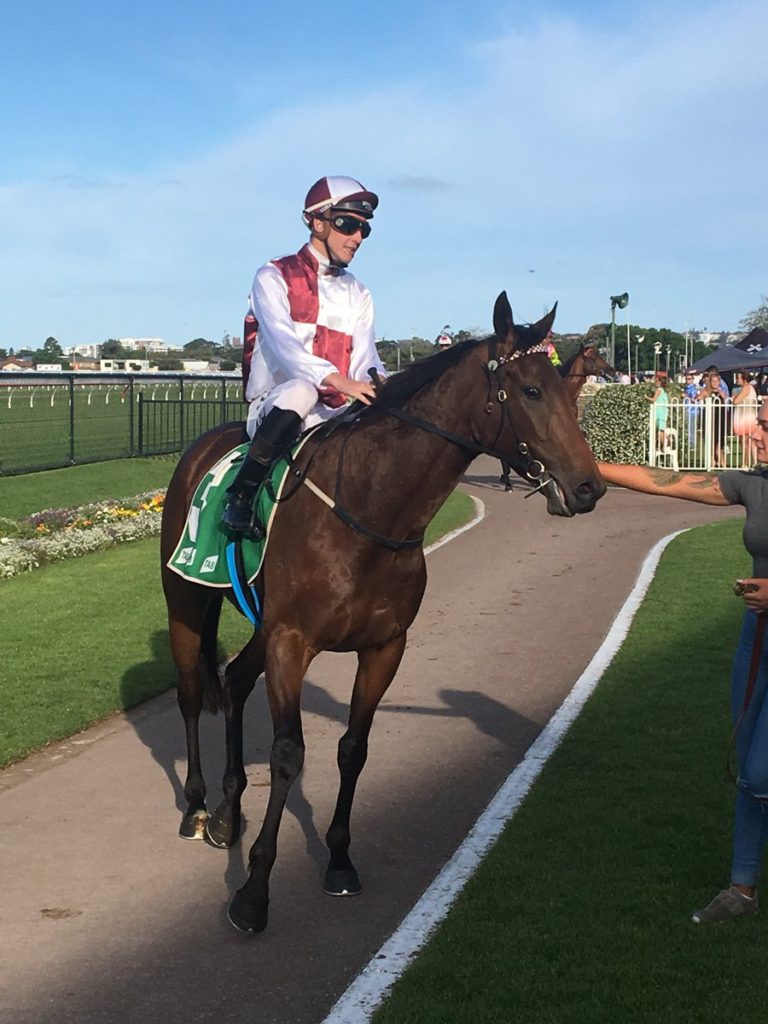 “Saturday’s win will help strength him up and he will measure up to much better races next prep.”

Fuchu (3g All Too Hard – Fuji Fairy by Fuji Kiseki) was unraced at two and didn’t debut until last month when runner-up at Scone.  A home-bred for Phillipa Cooper, he is a younger half-brother to feature winning fillies Yosei and Imoto.

“Pip rang last year and told me he was coming down from the farm and added he wasn’t all that big,” Atkins recalled.  “But she said not to worry because the fillies were on the small side, too.”

Fuchu (pictured) continues the Japanese connection with Fuji Fairy’s foals.  He is named after a city in the western part of the greater Tokyo metropolitan area.

Yosei refers to spirits from native folklore and she was a Group 1 winner of the Sires’ Produce Stakes at Randwick, Thousand Guineas at Caulfield and Tatt’s Tiara at Eagle Farm

Cooper raced Imoto with trainer Mick Price to win the $100,000 Rivette Final at Flemington in 2012.  Her name means ‘little sister’.

All Too Hard continues to punch well above his weight in the Australian 3yo winners division.  Champion sire Snitzel leads with 28 individual winners from All Too Hard (21), Denman (20), I Am Invincible (19) & Fastnet Rock (18).