Vinery partner Greg Perry bred and sold Artorius for $120,000 through the Vinery draft at the 2020 Gold Coast Magic Millions and is forever grateful he remained in a syndicate managed by Newgate Farm’s Henry Field.

Greg and his wife Lisa have arrived in London as part of that large group that has already banked $1.5million in prizemoney and closed a stud deal for the colt after winning last year’s Blue Diamond.

“Artorius is on track to run well over six-furlongs,” Perry said.  “We’re hopeful the uphill finish will suit him as he generally powers home.  It’s an exciting time with Nature Strip and Home Affairs also representing Australia.  Let’s just hope they can all run well and do us proud.

“The last time I was at Royal Ascot was in 1971,”  Perry recalled.  “I wagged school on the Friday which used to be final day of the carnival back then.  I remember the Deputy Headmaster being none too impressed when I confessed on the Monday.

“We had been living in London for five years.  My father was the aviation rep in Australia House and we were about to return home.”

A Platinum Jubilee Stakes would cap a memorable season for Perry apart from opening up a shuttle career for Artorius,  He breeds under the Greenwich Stud banner and has a Group 1 roll-call that gained renown with 2012 Australian Champion 3YO Atlantic Jewel and has grown most recently with Johnny Get Angry (2020 Victorian Derby), Artorius (2021 Blue Diamond) and Marabi (2022 Oakleigh Plate).

Greg and Lisa flew to England on the back of a winning week with Bright Diamond (I Am Invincible) and Barradas (Star Turn) who is on a hat-trick for trainer Brett Cavanough.

“Barradas had an x-ray issue as a young horse so I retained him.  Brett gave him plenty of time and he really has started well with wins at Gosford and Dubbo on Friday.  He just switches off and, when asked, lets down with sustained power.   On breeding he should get up to a mile so those wins over 1000m and 1200m have been really encouraging.”

Bright Diamond scored first-up for Peters Investments in the Heineken Hcp (1000m) at Belmont on Saturday .  She had earned black-type when runner-up in the Jungle Dawn Stakes LR at Ascot in December.

Perry bred Bright Diamond and sold her for $360,000 through Vinery at the 2018 Gold Coast Magic Millions.  She’s a half-sister to ATC Summer Cup Gr.3 winner Montauk (More Than Ready) and is set for a successful campaign carrying the famed cerise and white silks in Perth.

Perry’s best result at this year’s majors was for the Written Tycoon half-brother to Artorius that caught the eye of Tom Magnier at the Inglis Easter Yearling Sale in April.  He was on everyone’s radar and was eventually knocked down for $1.4million to Coolmore Stud.

Perry had bought their second-dam Grace And Power (More Than Ready) in Kentucky.  Her first Australian foal Delectation (Shamardal) defeated Chautauqua in the Group 1 Darley Classic at Flemington in 2015.   Her second Gracie’s Lass (Redoute’s Choice) didn’t race but is paying her way as the dam of Artorius and the seven-figure yearling who will be trained by Chris Waller.

“I bought Grace And Power from Denali Stud in Kentucky.  It wasn’t a small amount but she’s been worth it,” Perry said.  “More Than Ready mares are worth their weight in gold!” 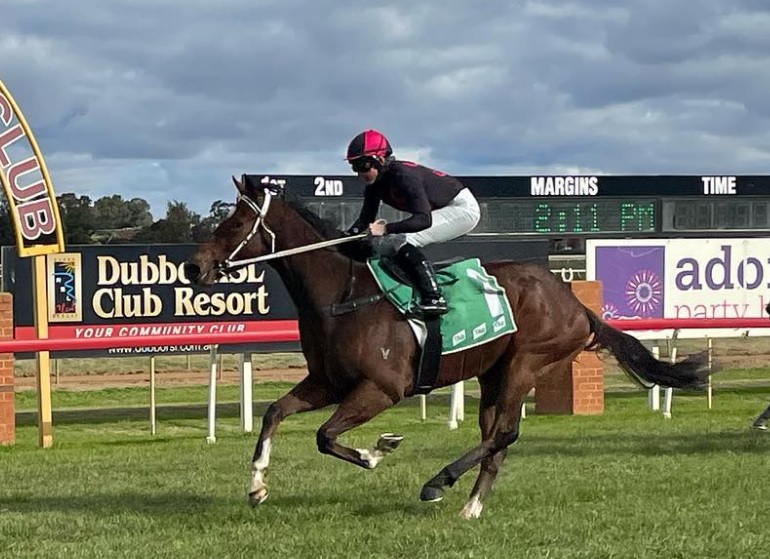