Inglis has overseen an outstanding week of trade across all sectors at Riverside Stables and it concluded with a pivotal moment for Vinery Stud’s young gun Ole Kirk.

Ole Kirk (Written Tycoon) covered an initial book of 170 mares at a $55,000 (inc GST) service fee last year and among them was Ariege who was the first to parade with a PPT at the Australian Broodmare Sale on Sunday.

Ariege (Lot 513) is by Danehill-line Champion Exceed And Excel and was second on the leader-board when targeted by agents Paul Moroney & Catheryne Bruggeman for $340,000.  “She’s a nice mare and we’re rapt,” Middlebrook Valley vendor Verna Metcalfe said.  “That price exceeded expectations.  She was originally entered in The Chairman’s Sale on Friday but on the advice of the Inglis team we decided it would be better if she was a standout today.”

Ariege won a Wyong 3yo maiden for James Cummings and is a half-sister to Group 3 winner Heresy (Street Boss).  She was purchased from a Godolphin reduction for $70,000 by Allan and Kate Gadsby at the 2020 Magic Millions National Broodmare Sale.

The Gadsbys are graziers based at Nubrygyn on the Burrendong Hwy north of Orange and are long-term clients of Middlebrook Valley.  “She’s a good-bodied mare and ticks all the boxes,” Paul Moroney said.  “Great hip, gaskin, forearm and well-balanced.  Type does breed type and hopefully she produces great foals starting with Ole Kirk.”

Ole Kirk was trained by Team Hawkes to win the Talindert Stakes (LR, 1100m) at Flemington as an autumn 2yo and he returned to win Group 1 Golden Rose (1400m) in Sydney and Group 1 Caulfield Guineas (1600m) in Melbourne as a spring 3yo.

“Ole Kirk is an exciting stallion prospect and provides a vital outcross to mares from the Danehill sireline,” Vinery Bloodstock Manager Adam White said after announcing his fee would remain unchanged in 2022.  “He was certainly the best colt of his generation and being such a good match gives him the best of opportunities here.”

Moroney began a busy week at Riverside Stables last Sunday paying $75,000 for a colt by Vinery sire Headwater from Madame Zara at the HTBA Yearling Sale.

The Inglis Weanling Sale on Wednesday & Thursday saw the first filly foal offered at public auction by Exceedance knocked down for $105,000.  There were 95 foals from his initial book at Vinery and his six-figure filly is from Diamond Meteor (Northern Meteor).

Vanna Girl was bred by Darwin-based John Robinson and he managed the filly with a large syndicate of stable clients at Edmonds Racing.  She was conceived at Vinery in 2015 when Husson (Arg) covered Robinson’s Randwick winner Logan’s Choice (Redoute’s Choice).

Vinery has 18 mares catalogued for the Magic Millions National Broodmare Sale later this month including Royal Flute (Al Maher).  Catalogued (as agent) as Lot 825 on Wednesday, May 25, she is an unraced full-sister to Group 2 Flemington winner Majestic Music and is the first of seven mares to sell at the Gold Coast in foal to Ole Kirk 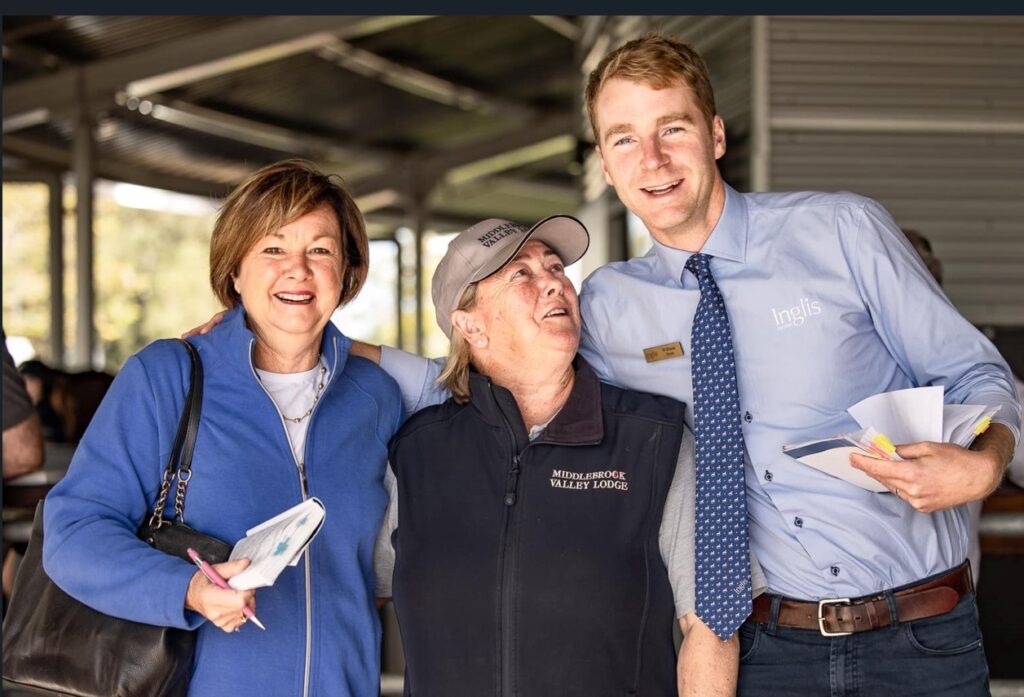