Greg Perry is giving his Group 1 flyer Marabi an extended spell but the Vinery partner may have found a spring replacement with Saturday’s Rosehill winner Pizarro.

The All Too Hard gelding signed off his 3yo program when lifting like a horse with a future in the ATC Thank U Stable Staff Hcp (1300m).  Settling last of nine, he trucked into the race on the back on Bitcoin Baby and ran right through the line to defeat Danish Prince (Dane Shadow) and Cotton Fingers (Snitzel).

Pizarro has been given time to mature by trainer John O’Shea and hasn’t been out of a place in a half-dozen starts for Champion Thoroughbreds and a syndicate that includes the Perry-owned Greenwich Stud.

He bumped into Clemenceau on debut at Hawkesbury last November before winning a Warwick Farm maiden on Christmas Eve.  Sent out for another break, he was runner-up twice at Rosehill prior to Saturday’s victory.

Champion Thoroughbreds director Jason Abrahams bought Pizarro for $150,000 from Vinery (as agent) at the 2020 Inglis Melbourne Premier Sale.  He’s a younger half-brother to Perry’s VRC The Vanity (Gr.3, 1400m) winner Bonvicini (Myboycharlie).   Their dam Orvieto (Testa Rossa) has a filly foal by Toronado (Ire) and was bred back to the Swettenham Stud shuttler last year.

“Pizarro drew a frightful barrier on Saturday and most speed maps had him at the tail of the field,” Abrahams said.  “He needed a good tempo to figure in the finish and luckily we had Hugh Bowman navigating.

“Pizarro fills the eye and has a solid frame with great angle to his shoulder and girth.  He’s built to be a sprinter and his stride lends itself to being all speed.”

All Too Hard sired another very smart late-season winner when Sessions Road came from the back of the pack to claim his 5th victory in 11 starts at Sandown Hillside on Wednesday.  He’s trained by Team Hawkes for Colin and Jannene Madden and his dam Certainly Rosa (Undoubtedly) is a half-sister to Group 1-winning mare Snitzerland.

Hoofnote:  The Greg Perry-bred Group 1 sprinter Artorius can make it third-time lucky in Europe next Sunday, August 7, in the Prix Maurice De Gheest (1300m) at Deauville.  He is coming off thirds in the Platinum Jubilee Stakes (1200m) at Royal Ascot and July Cup (1400m) at Newmarket. 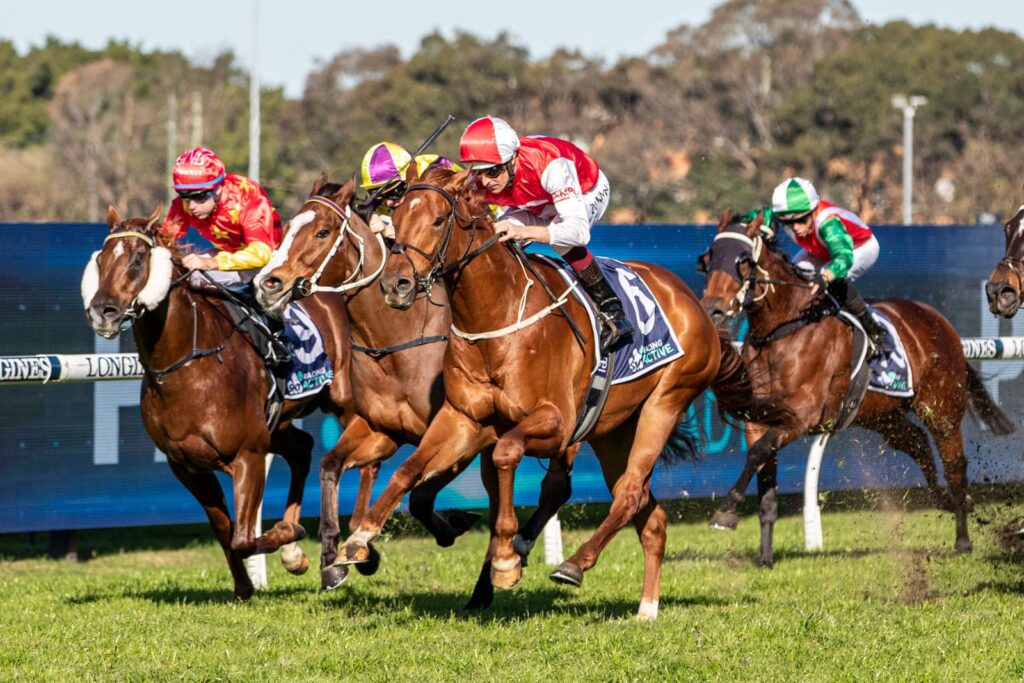