Team Valor International has reported Secret Heart, the dam of Vinery sire Pluck, died at Denali Stud in Kentucky over the weekend.

The 15 year-old South African bred mare was in foal to Point of Entry (Dynaformer).  “She was the ideal mare,” Team Valor president Barry Irwin said.  “She had speed, she had size, her pedigree improved every year and her first foal was sensational.  This is hard to swallow.”

Secret Heart (Fort Wood) was from a sister to South African champion London News and more than lived up to her illustrious pedigree winning the G3 Prix du Cap and placing in the G1 Cape Fillies Guineas and G1 Paddock Stakes.

Exported to North America in 2004, she was bred to Vinery champion More Than Ready first-up and foaled Pluck.  He won the G3 Summer Stakes as a juvenile and followed up by overcoming an outside post and a troubled trip to win the Breeders’ Cup Juvenile Turf at Churchill Downs.

His More Than Ready 2yo brother sold for 120,000 guineas (AUD 230,610) to South African based Form Bloodstock agent Jehan Malherbe at the Tattersalls Craven Breeze-Up Sale in April. 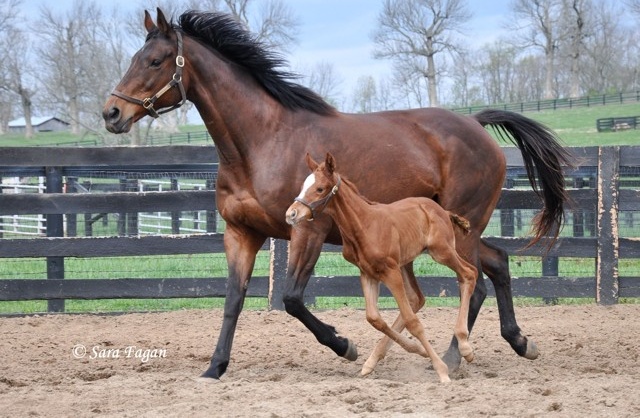