Headwater 3yo Predetermined let down late to score an overdue win for Team Corstens at Echuca on Friday.

He continued the successful run of Vinery Stud’s in-form sire when responding to a well-timed ride from Robbie Downey to burst through a gap in the EDG Hcp (1300m).  Raced by a Seymour Bloodstock syndicate, he was a promising 2yo winner at Sandown Lakeside last year and connections are hoping the latest victory will help him realise that potential.

“He has been a bit frustrating,” Team Corstens foreman Will Larkin admitted.  “He works strongly at home but doesn’t always come to the races in the right frame of mind.  He was relaxed today and it was a good ride by Robbie.  He sat a couple of pairs back and wasn’t exposed too early.  When the run came, he exploded through the middle to win running away.”

Predetermined was bred by Vinery and sold for $200,000 at the 2020 Inglis Ready2Race Sale.  His dam Future Gains (Red Ransom) is an unraced half-sister to Perth Stakes performer Reign Of Terror (More Than Ready) and she has a filly foal by Casino Prince.

“He’s been knocking on door and won with ears pricked today,” Downey confirmed.  “He has all the ability in the world and went like Black Caviar in a jump-out at Werribee last week.”

Headwater (Exceed And Excel) added a final new winner for the season when Money Not My God was successful in a Forbes maiden on Sunday.  He’s a younger half-brother to Group 3 SAJC Sires’ Produce Stakes winner Stirling Grove (Mossman).

Headwater’s third-season stats for winners (79) and wins (122) were the best of any of his contemporaries standing at stud this season.  Pride of Dubai topped active third-season stallions for earnings ($5.48 million) to just edge out Headwater ($5.33 million). 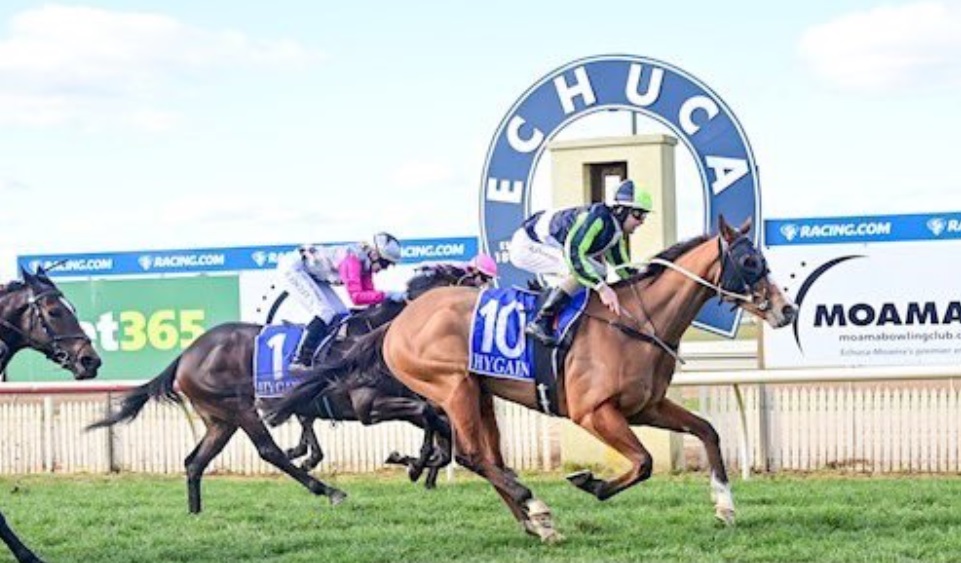