Former NZ shuttler Prized was put down due to deteriorating mobility on Sunday.

The 28 year-old stallion had been based at the at Old Friends Retirement Home in Kentucky since being pensioned by O’Sullivan Farms in 2011.

The best of his North American progeny was Group 1 winning millionaire Brass Hat.

Prized is also the broodmare sire of this year’s leading three-year-old Untapable.  The Tapit filly has won the G1 Kentucky Oaks and G1 Mother Goose Stakes at her last two starts and will take on the colts in the G1 Haskell Invitational at Monmouth Park on July 27.

“We brought Prized up every afternoon from his paddock for a cool shower and extra carrots,” said Michael Blowen of Old Friends.  “He loved it.  It’s always very, very sad when we lose a retiree, especially one as accomplished and adored as Prized.” 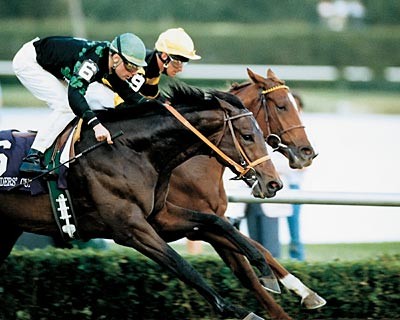