Sizzling sprinter Prompt Return has clocked one of the fastest times on record to win the Bat Out of Hell (900m) at the Gold Coast.

Prompt Return defeated some of the best short-course horses in training with a whirlwind finish on Saturday.  He cartwheeled into the race to score by over a length in 49.86s.  Tornado Alley set the benchmark (49.66s) in the 2008 Bat Out Of Hell.

The Toby Edmonds trained sprinter sent his record to 7 wins from 21 starts for $348,500 in prizemoney.  He was a $60,000 purchase for Blue Sky Bloodstock (FBAA) agent Julian Blaxland at the 2014 Gold Coast Magic Millions.

“That didn’t surprise me,” Edmonds admitted.  “He’s unbeaten at 900m and, if the pace is on, he can finish hard, as you saw today.”

Prompt Return (4g Beneteau – Prompt by Exceed And Excel) will press on and his likely grand-final is the LR Queensland Lightning (1000m) on June 3.

Blaxland bought him on behalf of owner-breeders Mark Sowerby and Ron Hamer.  They also race Beneteau 3yo Locus with Edmonds and he is ready to break through after finishing second on debut at Sunshine Coast last month.

Beneteau was purchased as a yearling by Blaxland.  He won a G3 Blue Diamond Prelude but succumbed to an acute neurological condition after just two books at Arrowfield Stud in January 2013.

Another Blue Sky graduate in the mix for the Brisbane winter carnival is last-start Wyong winner Legal Girl.  The Star Witness 2yo filly is trained by Clarry Connors and he has targeted the Group 1 J J Atkins Stakes (1600m) on June 10.

Legal Girl cost Blaxland $140,000 at the 2016 Gold Coast Magic Millions.  She is bred to get a mile being a daughter of  Listed Tasmanian Oaks winner La Fantastique (Fantastic Light). 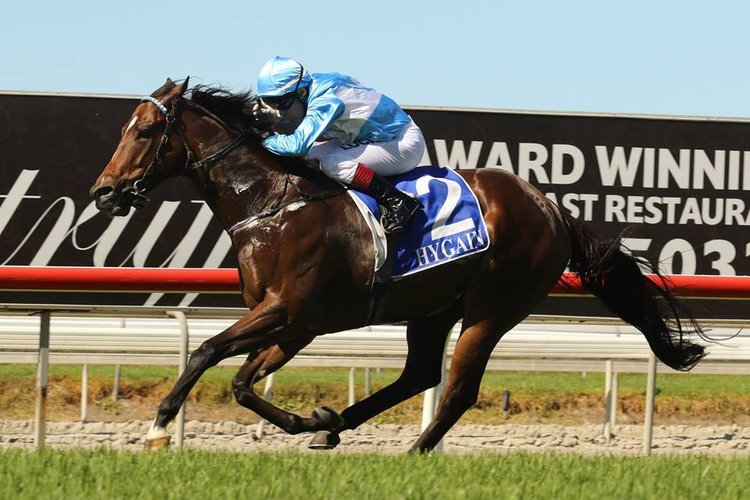