Keep Reading kept Vinery Stud sire Headwater atop the Australian second-season premiership with a decisive victory at Morphettville on Saturday.

It was a race in three for Vinery stallions at the furlong when front-runner Star Espresso (Star Turn) was challenged by Strike Eagle (More Than Ready) and the eventual winner who let down strongly to score a widening three-length victory for trainers Richard & Chantelle Jolly.

The Headwater youngster had been runner-up on debut at the Gawler city meeting a fortnight ago and started an odds-on favourite in the Wills And Daniel Plate (1100m).  “He must be thinking this racing game is pretty easy,” Chantelle Jolly tweeted.  “That was a nice win by a promising horse!”

Keep Reading (2g Headwater – Madame Bookworm by Publishing) handled the Heavy 9 conditions in Race 1 as did Vinery graduate Sir Kalahad (All Too Hard) in Race 4 before the meeting was abandoned.

Vinery bred and sold Keep Reading for $26,000 at the 2019 Magic Millions National Weanling Sale.   He’s raced by Price Bloodstock couple David Price and Jenny Chapman and is destined for a career in Hong Kong.

So is their Jolly-trained Balaklava 2yo trial winner Winning Lotto who is by All Too Hard from Vinery’s multiple Stakes-winning mare Dubleanny.  “The Prices purchased him as a foal and the intention is a potential sale to Hong Kong,” Richard Jolly said last month.  “He’s always shown us ability.”

Dubleanny (Dubleo) has a yearling filly by Star Turn with trainer Stephen Marsh in New Zealand.

The Jollys also prepare Headwater 2yo Karacasu who won at Morphettville in March and then added Group 3 placings in the SA Breeders Stakes and David Coles Stakes.

Hoofnote:  Headwater filly Thawra made a powerful first impression at Toowoomba on Saturday night.  The debutante wouldn’t leave leader Expert Witness alone and when they cornered she was off and gone winning the Neil Mansell Maiden (1000m) by two lengths.

Thawra (3f Headwater – Adio by Lonhro) is a half-sister to Charleise (Foxwedge) who dodged border restrictions for wins at Sandown (March) and Rosehill (May) before graduating to a black-type victory in the Spear Chief Hcp LR (Eagle Farm) in June. 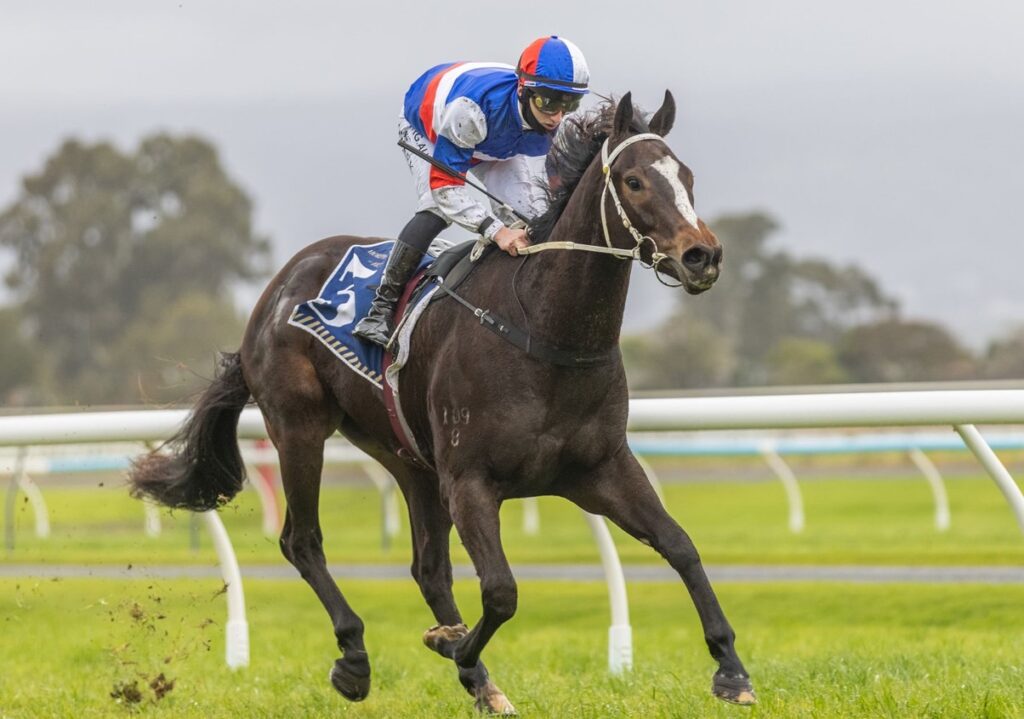