More Than Ready (USA) is off the mark with his latest North American 2yo crop courtesy of brilliant newcomer Ready A.P. in New York.

The Vinery legend’s latest Kentucky-bred juvenile division is his 18th since retiring to stud.  He shuttled to Australia until 2019 and is still going strong at WinStar Farm in Versailles where his 2021 fertility was above 90%.

Ready A.P. (2f More Than Ready – Girlaboutown by A.P. Indy) rolled to an 8-length victory on debut at Belmont Park on Thursday.  She missed the kick and settled last in the 1100m scamper before finding her feet to open up at will for Luiz Saez.

“I wasn’t too anxious about the start because I knew she was fast,” trainer Christophe Clement said.  “In four strides, she was back in the race.  It’s easy with that kind of filly and next time she will be more mature.”

Clement said there are several black-type routes ahead with the $100,000 Stillwater Stakes (1200m) a favoured option at Saratoga on July 22.

Ready A.P was voted the TDN Rising Star Award winner for the runaway win.  She is the 15th More Than Ready to earn that accolade and among the standouts are his incomparable champion filly Rushing Fall, Wood Memorial Gr.1 winner Verrazano and Saratoga Special Gr.2 winner Copper Bullet.

Purchased by West Point Thoroughbreds for $125,000 at the 2020 Fasig-Tipton Select Yearling Showcase Sale, she was bred by Chester and Mary Broman and is from a daughter of Canadian Group 2 winner Carmandia (Wild Rush).

West Point’s Terry Finley said Ready A.P. ran to expectations as an odds-on favourite after pre-training with Clement’s son Miguel at Saratoga.  “She was up there since leaving Eddie Woods in Florida.  Eddie isn’t one to tout a horse so we were excited when he told us she’s a runner.”

More Than Ready’s final southern-bred crop are foals and his colt from Impossibly (Choisir) made $100,000 to the bid of Rothwell Park’s Scott Irwin at the Inglis Great Southern Weanling Sale in Melbourne on Sunday.  Sold by Glastonbury Farms as agent for Jo Dejewski, he’s from an unraced half-sister to NZ Horse of the Year Bonneval. 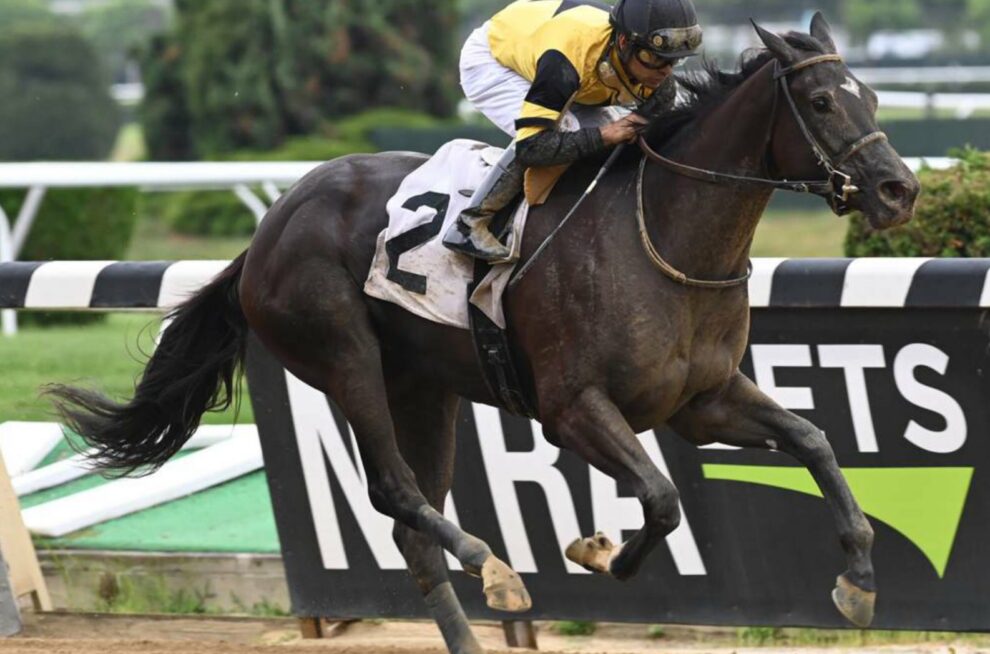