All Too Hard continued a New Year surge at Flemington on Saturday with his ‘frequent flyer’ Reflectivity.

The Vinery champion sired the winners of 8 races in 4 days last week to take his Australian tally to 99 wins this season.  Reflectivity claimed the Thank You Emergency Services Hcp (1400m) with a well-timed finish to nail Never Again (High Chaparral).

The Team Hawkes sprinter-miler improved his record to 6 wins in 26 starts for earnings of $435,775 which is split evenly between Melbourne and Sydney.  “He came down from Sydney yesterday morning and settled in straight away,” co-trainer Wayne Hawkes said.  “He’s used to travelling up and down the Hume Hwy like a lot of our horses.”

Hawkes gave credit to apprentice Michael Poy for following instructions to letter.  “It was a tricky barrier and he did a good job.  I told him not to be in a hurry and he waited and waited and waited.”

Reflectivity is a younger half-brother to More Than Ready’s Sydney winner Killcareless and their second-dam Monsoon Wedding (Danehill) is a sister to Redoute’s Choice.

Hawkes also gave an update on Vinery’s star colt Exceedance (Exceed And Excel) who hasn’t been seen since winning the Coolmore Stud Stakes Gr.1 at Flemington on November 2.  “He had a month off and is back in work in Melbourne.  That was a hard run in the Coolmore – he gave his all that day.  They all are at that level when it’s the best against the best.

“Exceedance is still a few weeks away and we haven’t made a firm decision on his return.  The horse will tell us when he’s ready.”

Trainer David Vandyke is also weighing up autumn plans for his last-start Magic Millions Guineas RL winner Alligator Blood.  The All Too Hard 3yo holds feature race noms for the Australian Guineas Gr.1 and $5 million All-Star Mile at Flemington.

“We’re not locked in yet with Alligator Blood,” Vandyke said on the weekend.  “Wednesday is D-Day.  That’s when I will make a decision whether to bring him back into work or keep him out for an extended break.” 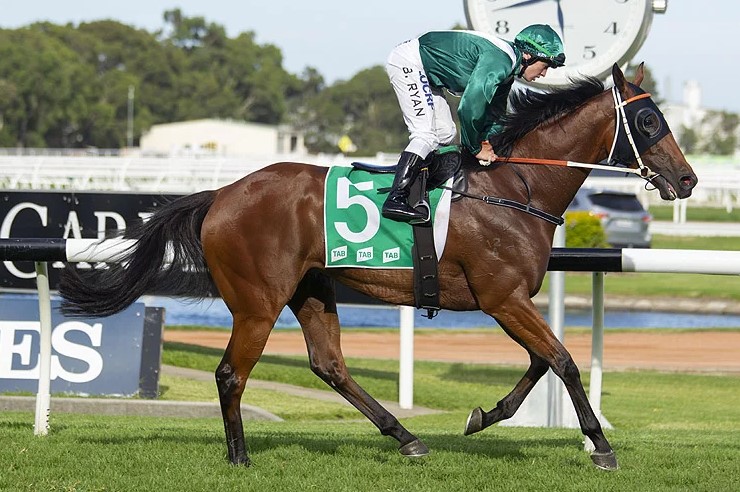