Vinery Stud’s Congrats – Diamond Cove colt has received significant updates on both sides of his pedigree in the lead-up to the Inglis Classic Yearling Sale.

Catalogued as Lot 444, he’s a younger half-brother to Montauk (More Than Ready) who buttered up for a second win at Randwick this year in the Alm Hcp (2000m) on Saturday.  His dam Diamond Cove has a perfect record at stud foaling 4 winners from 4 to race by Vinery-based stallions.

His sire Congrats (USA) was also in the frame in Hong Kong on Sunday with promising debut winner Bravo Watchman in the Cineraria Hcp (1000m).  He shared the lead down the straight course at Sha Tin and then left them standing at the furlong.

It was a very professional performance and jockey Joao Moreira admitted he was confident of a first-up win.  “I liked his barrier trials and he came here today ready to back up the opinion that we have of him.  He has a future and I have no doubt he will handle more distance and going around turns.”

Bravo Watchman is a second southern-crop son of Congrats and sold for $85,000 at the 2015 Adelaide Magic Millions.  He’s bred to get over ground being a half-brother to LR Wagga Cup winner Landlocked.

Congrats is also due for an update to his filly from Tango Fire (Lot 262) at the Classic Sale.  She is a half-sister to G2 Queen Of The South Stakes winner Tango’s Daughter and 3yo colt Tango Rain.

Vinery’s Congrats colt from Champagne Harmony (Lot 365) is another Classic Sale entrant with more black-type ahead at the autumn carnivals.  His older half-sister Sezanne was runner-up in the G1 Flight Stakes and G2 Moonee Valley Classic last time in and she holds a Group 1 nomination for the Australian Oaks at Randwick on April 8.

Vinery has 19 yearlings entered for the Inglis Classic Sale starting this Saturday night at Newmarket. and inspections are already underway at Stable 4. 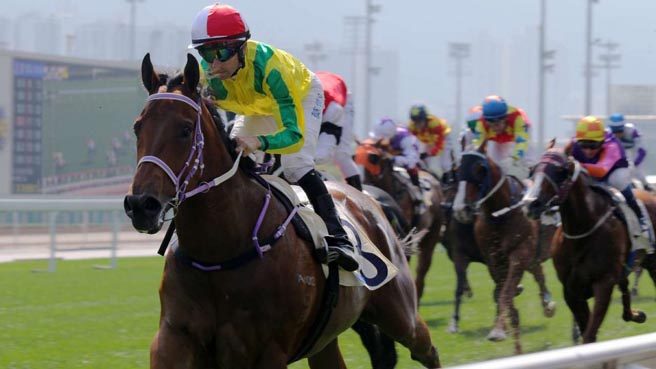