Rising sprint star Iseered Iseered has rewarded his connections with a hat-trick in the Nicopolis Hcp (1200m) and the prizemoney consolidated second spot on the WA premiership for his sire Safeguard.

Iseered Iseered won a Kalgoorlie 3yo maiden during the Goldfields carnival last year and his early-season treble has netted $156,600 for a syndicate managed by Peter Pryce.  Aided by a perfect Paul Harvey ride on Saturday, he fought off several challenges to deny heavily-backed favourite Crystal Spirit (Bel Esprit) by a half-head.

Trainer Luke Fernie indicated he will be set for a $1 million pay-day in the G1 Winterbottom Stakes (1200m) at Ascot on November 27.  “He will go out for a spell this week and then come back to tackle the carnival.  He’s a beautiful horse and is actually lucky to be alive!”

Fernie chronicled several setbacks when interviewed by The West Australian Newspaper following the latest win at Belmont.  “He had a bad case of colic as a foal and was really crook with a virus after that first-up win in Kal.  Shortly after we brought him back from Murdoch University, he went down with pneumonia and I didn’t think he would survive.

“He was confined to his stall for 27 weeks while convalescing and to come back from all that is a miracle.”

Mogumber Park resident Safeguard sired him from Runzonred who is an unraced half-sister to Grey Song (G2 VRC Blamey Stakes) and Tonz More Fun (G3 SAJC Jansz Stakes).  The Red Ransom mare is owned by Darling View Thoroughbreds and they sold Iseedred Iseered for $30,000 through Western Breeders Alliance at the 2019 Perth Magic Millions.

Safeguard (Exceed And Excel) was Champion WA 2YO and First-season sire in 2018-19 and he’s off to a successful start this season with earnings of $364,170.  He’s best of the active stallions available to local breeders this season behind Blackfriars ($668,030).

His latest 2yo crop includes a promising chestnut filly named Cosmopolitan Girl.  She claimed a Belmont trial over 400m on September 13 and, if kept in training by Pearce Racing, will be one of the favourites for the $70,000 Initial Plate (1000m) at Ascot on October 9.

Cosmopolitan Girl is the second foal from Puteri Jewel (Demerit) who won a 2yo race on the 2015 Perth Cup program.  She was bred by Steve and Darryl Litton (Hamlin Bay Thoroughbreds) and sold through Willow Dale Farm (as agent) for $80,000 at the 2021 Perth Magic Millions.

Safeguard (Exceed And Excel) stands alongside Rommel (Commands) who also claimed the WA 2YO and Freshman titles in 2020-21.  Mogumber Park has them competitively-priced at $4,400 (inc GST) this season. 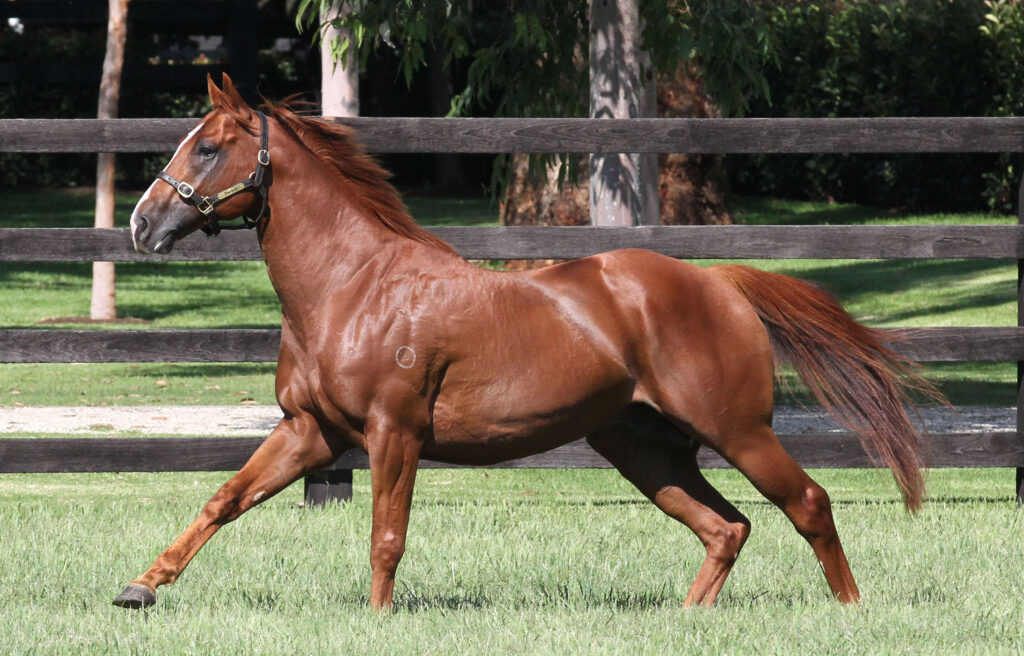