Saturday’s Ascot meeting commenced with a treble by Playing God and it closed with a hat-trick from Scenic Lodge.

They’ve gone hand-in-hand since Playing God (Blackfriars) was foaled at the Muchea nursery on the 7th of November 2007.  That was a day after Efficient won the Melbourne Cup.

The three Scenic Lodge winners graduated from its consignments to the Perth Magic Millions in the Swan Valley for a total outlay of $137,500.  To date, their connections have banked a combined $630,000.

The Simon Miller-trained mare was taken on in front by Reflectivity but drew clear at the furlong only to have Chantorque issue a late challenge that ultimately fell a neck short.  “She flew the gates like it was a false start and she’s rock-hard,” Miller said.  “You don’t have to reinvent the wheel with these in-form mares – they pretty much do their own thing.

“I will probably put her in the paddock for a short break and then chase some black-type.”

How’s the Serenity has now won 7 of her 17 starts and Miller has the LR Beaufine Stakes (1000m) in mind at Belmont on July 9 before another spell ahead of the Ascot Fillies & Mares Series at the summer carnival.

How’s the Serenity was bred and sold through the Scenic Lodge draft by Glenn Martin.  Her dam Sweet Serenity was subsequently sent east where she has foaled fillies by Pierro and Highland Reel (Ire).

Formerly with trainer Peter Fernie in Kalgoorlie, she transferred to the Ascot stables of his son Luke earlier this month and is appreciating the softer tracks in Perth.  “She aggravated hoof issues in the Goldfields and my farrier had to treat some bruising and abscesses,” Luke Fernie reported.  “Her work had been first-class and it was a top win in the Final.”

Yoyo’s is by Scenic Lodge resident Universal Ruler and has a wealth of resident value for her owners.  She’s the only filly foaled by Black Queen (Blackfriars) who’s older half-sister Karuta Queen won a RL Magic Millions 2YO Classic on the Gold Coast and a G3 Australia Stakes at Moonee Valley.

“I knew we were going to be right in it when she tracked up near the home turn,” jockey Lucy Warwick said.  “She finished off strongly and should go on to win more races over longer distances than 1200m.”

Warwick also piloted the final-leg when guiding Sniparoochy to a dominant three-length victory in the Schweppes Hcp (1200m).  It was a welcome return to form for the Stephen Miller-trained filly who was winning for the first time since starting her career with a brilliant double at Bunbury and Ascot in January 2021.

Sniparoochy (3f Snippetson – Mamaroochy by Duporth) suffered a leg injury when going for an unbeaten hat-trick as a short-priced favourite in last year’s RL Magic Millions 2YO Classic.

“She lost a bit of confidence after that mishap so we turned her out for a long spell,” Miller revealed.  “She’s going a lot better this campaign and I told Lucy to ride her how she felt.  She was comfortable travelling behind the leader and kicked away in the straight.”

Her older brother Bubaroochy was the first locally-bred winner by Scenic Lodge sire Snippetson when he landed a plunge at Pinjarra in January 2019 for the same connections.  They are the only foals from Ascot winner Mamaroochy. 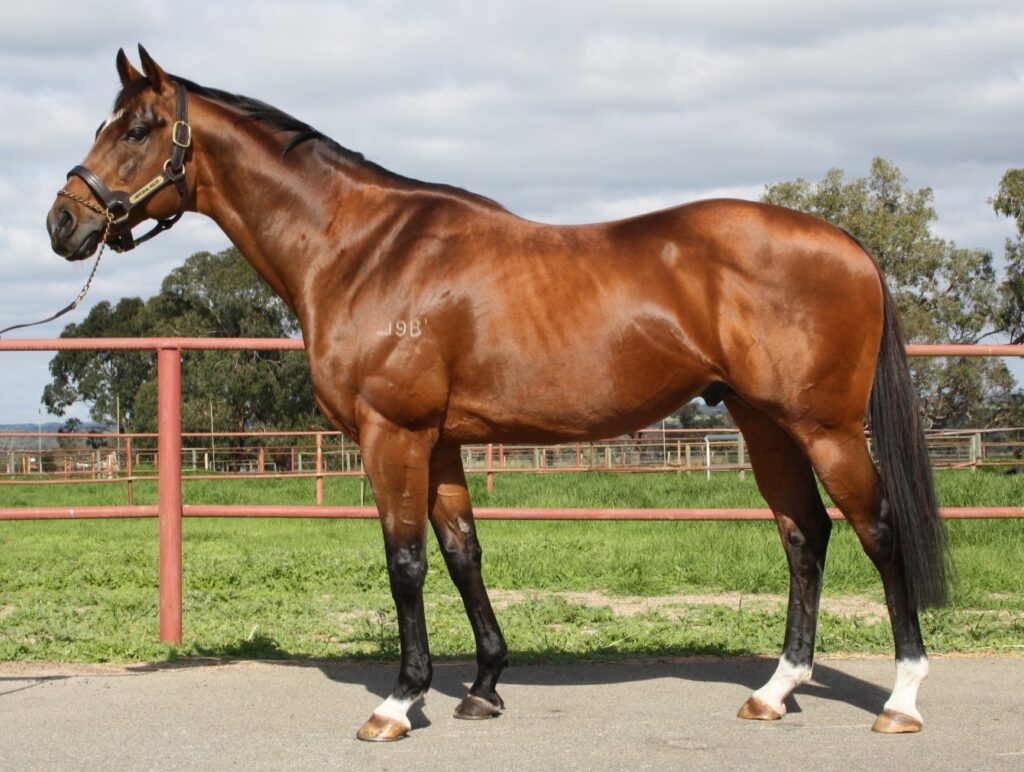