Arrowfield’s freshman sire Scissor Kick will shuttle to leading French stud Haras d’Etreham for the 2017 Northern Hemisphere season after he completes his first book in Australia this coming Spring.

Scissor Kick (Redoute’s Choice – Back Pass by Quest For Fame) created international interest in the after the global success of Danehill’s great sons Redoute’s Choice and Dansili.

Nicolas de Chambure, General Manager of Haras d’Etreham, inspected Scissor Kick during a recent visit to Arrowfield and immediately began negotiations to shuttle him to France.  “Redoute’s Choice was really well received when he spent two years in France and I think French and European breeders were very impressed by the quality of his stock,” de Chambure said.  “He is a champion sire and the best sire of sires from the Danehill line.

“I was therefore very keen to find one of his sons and Scissor Kick has everything I was looking for.  He hails from one of the best families in Europe, he is an outstanding individual and he was a Group 1 performer with class and courage.

“It didn’t take me long to make up my mind about him and I am very pleased to be working with Arrowfield to offer such an exciting prospect in France next year.”

Redoute’s Choice was resident for two Northern Hemisphere seasons in France at the Aga Khan’s Haras de Bonneval in 2013 and 2014.  Haras d’Etreham consigned the top-priced Redoute’s Choice yearling colt in 2015, the son of Group 1 winner Vadawina, bought for 950,000 euros by John Ferguson at the Arqana August Sale.

The Gianluca Bietolini-trained filly Deep Inside became the first winner from that crop when she scored over 1400 metres at Compiegne in France last Saturday.

Pressing the case for Redoute’s Choice in Europe is his Australian-bred son Elzaam, with 8 first-crop winners already this season, among them Clem Fandango, third in the G2 Royal Ascot Queen Mary Stakes earlier this month.

Arrowfield launched Danehill’s international record-setting career in Australia and 27 years later is the richest source of his stallion sons and grandsons.  Arrowfield’s current line-up features sensational sires Snitzel and Not A Single Doubt, both by Redoute’s Choice.

Not A Single Doubt, Snitzel and Redoute’s Choice all hold top ten positions on the current Australian General Sires’ list.  Together they have compiled a worldwide tally of 35 stakes winners (7 Group 1 winners) and more than $38 million (26 million euros) prizemoney during the Southern Hemisphere season that concludes on July 31.

“Redoute’s Choice is the dominant Australian sire of the last decade and he remains at the top of his game, with three Group 1 winners this season,” Arrowfield Stud Chairman John Messara said.  “Arrowfield has a perfect record with Redoute’s Choice sire sons and I believe Scissor Kick has all the physical, mental and genetic attributes to extend it, here and in France.” 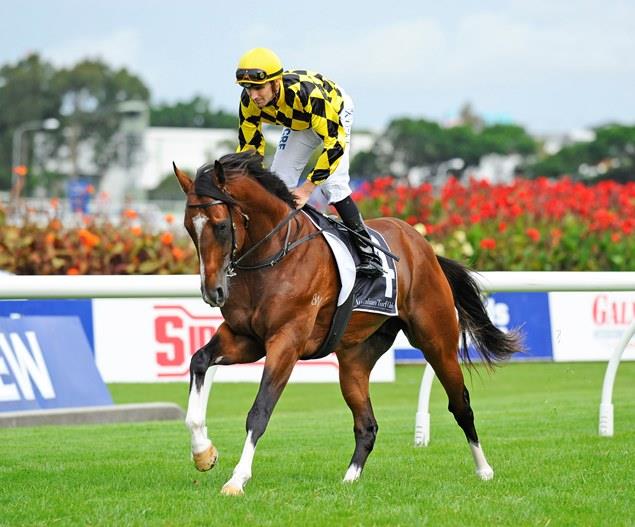