A Sepoy colt clocked the fastest time in the first round of breezes for the Inglis Ready2Race Sale in Sydney on October 4.

A record 140 two year-olds were showcased at Cranbourne on Tuesday.

The Sepoy youngster stopped the clock at 10.26s for his 200m gallop.  The Frankie Stockdale trained colt was one of 64 juveniles to break 11s on the Good 4 track.

A member of the second crop by Darley sire Sepoy, he’s from Rossa Mia (Testa Rossa), an unraced half-sister to Melbourne stakes winners Stokehouse and Malasun.  Stockdale pin-hooked the chestnut for $52,500 from Hillside Thoroughbreds at the Melbourne Premier yearling sale in March.

Inglis Victorian bloodstock manager Simon Vivian described the day as an outstanding success.  “The vendors turned their horses out in terrific fashion and that was proven with the very, very good times run throughout the day,” Vivian said.  “All the horses appeared very well educated and had obvious ability which augers well for the Sale.”

A further 110 two year-olds will breeze up at Canterbury on Friday morning. 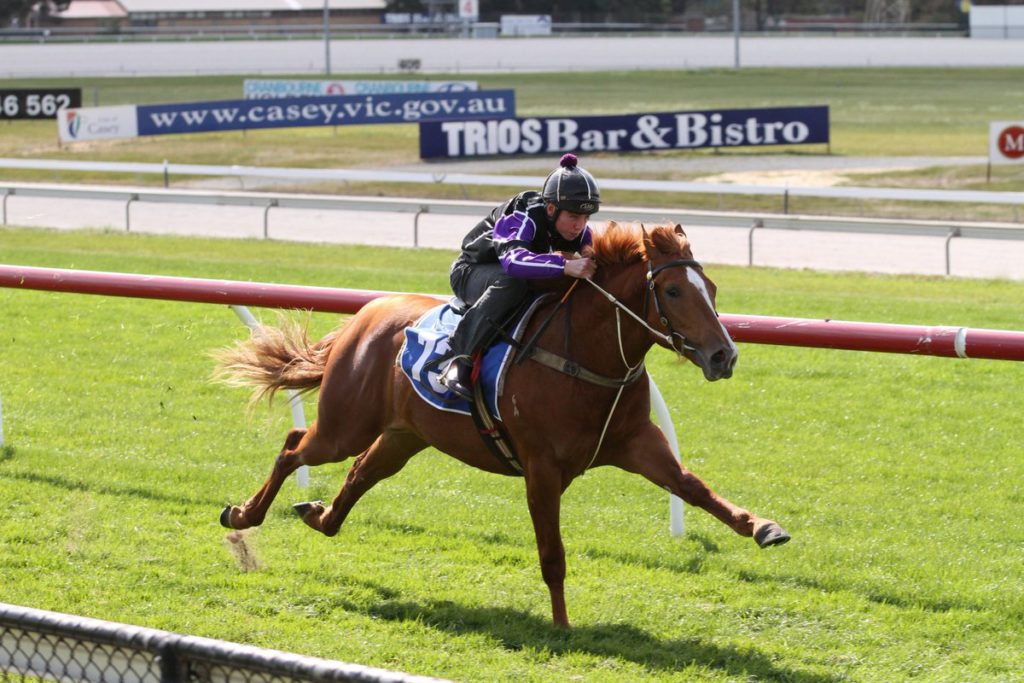