Vinery freshman Headwater struck for the fourth time this week when Sequana countered a slow getaway to win running away in the Alfabs Maiden Plate (1200m) on Sunday.

The Kris Lees-trained 2yo filly was racing second-up against older horses at Mudgee and settled a conspicuous last under Andrew Gibbons.  She caught the field turning out of the back straight before producing a whirlwind finish to score by a widening two and a half lengths.

Headwater’s earlier winners this week were Water Dove (Sunday), Gunnamatta (Wednesday) and Mr Colorful (Thursday).  He has now sired 10 individual winners to join Pride of Dubai in second spot behind Spill the Beans (12) on the Australian first-season winners’ table for 2019-20.

“Andrew said she also jumped slowly and raced greenly first-up at Scone last month,” stable spokesman Chris Hull told Sky Racing.  “The blinkers went on and she improved today.  It was a big win with plenty of upside for the future.”

She is the first foal to race from Leviosa (Magic Albert) who was trained by Jenny Graham to win the 2011 Inglis Bonus 2yo Plate at Grafton.  Her second-dam is a sister to Group 2 winner Clan O’Sullivan (STC Todman Slipper & ACT Black Opal).

Headwater (Exceed And Excel) has seven foals catalogued for the Inglis Australian Weanling Sale this Wednesday and Thursday (July 8 & 9) at Riverside Stables.  Vinery (as agent) has entered his colts from Miss Danzka (Lot 302) and Money Wanted (Lot 314) – the latter hails from the family of Fastnet Rock. 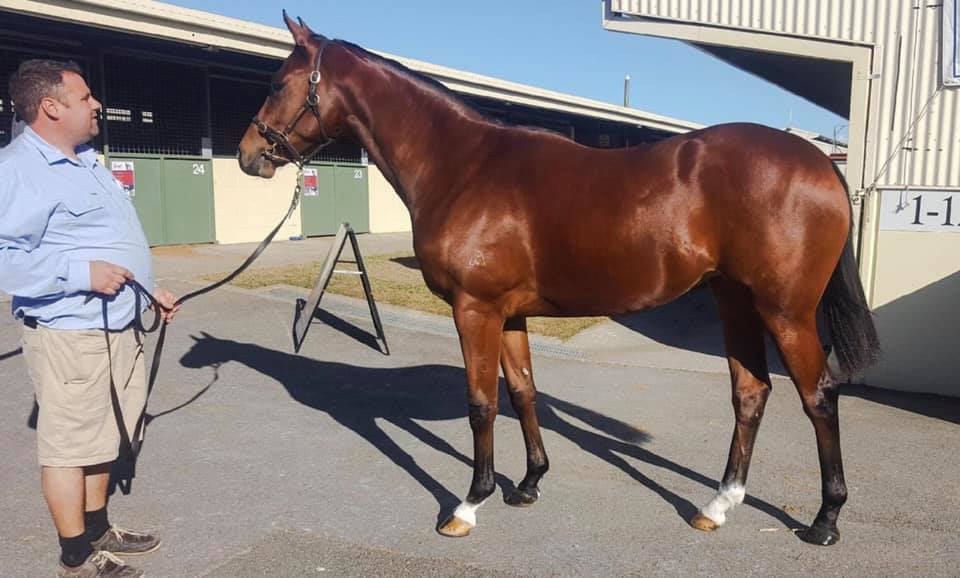