Boomtastic is on the blocks as a black-type winner-in-waiting for Forestview Farm owner-breeders Ben and Jo Duncan.

The Sessions filly returned from a spell with a resounding victory at Belmont on Saturday.  She coasted behind the speed and was always travelling like a winner in the Perth Racing At Home Hcp (1000m).

“She did minimal work in running and I knew she would let rip with that turn of foot,” trainer Simon Miller said.  “Her work on Tuesday was the best this prep and the blinkers were a major help today.

“She was unplaced in a Lark Hill trial last month but blew the joint down she was that fat.  We gave her three weeks into this race and she did the job and so did Willie (Pike).”

Boomtastic won a Bunbury maiden last October and then set a hot-pace in the LR Burgess Queen Stakes won by Kay Cee.  She followed up with a fourth in the LR Placid Ark Stakes behind Massimo (Sessions) and signed off with a close second to Laverrod (Toronado) at Ascot.

Depending on how she recovers, Boomtastic will have another start over 1000m or go straight to 1200m.  There are no stakes options remaining for a 3yo filly in Perth this season, however, her connections can look forward to a summer campaign targeting a race like the LR Jungle Mist Classic (1200m) at Ascot.

The Duncans pensioned her dam Xaar Boom (Xaar) last year.  She has a unraced 2yo full-sister to Boomtastic plus yearling and weanling fillies by Safeguard.

Oakland Park owners Neville and Susan Duncan will stand Sessions for $3,500 alongside King’s Troop (Redoute’s Choice) at $3,000 this season.  Both fees are plus GST. 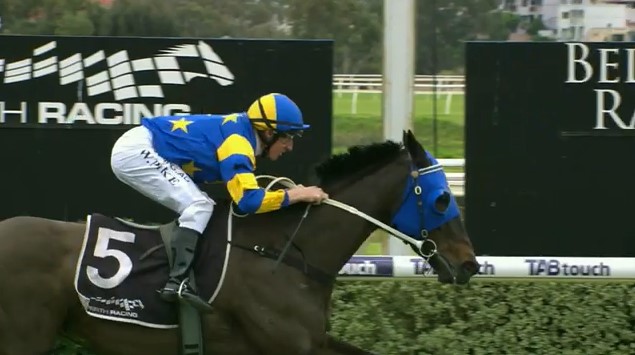