WA’s newest stallion Shooting To Win arrived at Oakland Park on Tuesday ahead of his initial book at the North Jindong Stud.

Shooting To Win is the first son of Champion sire Northern Meteor to stand in Western Australia.  Initially based at Darley Kelvinside in NSW, he’s having a career-best season in Australia with 75 individual winners of 115 races to date including the recent Listed winners Ranges and Centrefire.

Trainer Chris Munce prepares Centrefire and he was keen to claim a Gai Waterhouse Classic after piloting the winners of 14 Group 1 races for the First Lady of Australian Racing.  “That’s a terrific result,” Munce said.  “Gai and I are still close and talk regularly.  She stables her horses with us all the time, doesn’t matter whether it’s for the Magic Millions or the Winter Carnival.

“I thought Centrefire was a genuine chance.  She’s a happy, healthy, fit horse and it would be nice to get a few more like her.  Sam (Collett) knows her well and timed her run beautifully.”

Centrefire (5m Shooting To Win – Coco Kerringle by Exceed And Excel) bounced straight to the front at Ipswich and booted to a clear advantage turning into the straight to defeat Maybe Best (I Am Invincible) and Majestic Shot (Shooting To Win).

“Her work early in the week was massive,” Collett revealed.  “When she drew the one marble I was even happier and Chris told me to use her tactical speed.  I had a lapful of horse and put them to the sword early in the straight.”

Centrefire made $100,000 at the 2018 Gold Coast Magic Millions Yearling Sale for a syndicate managed by Munce’s wife Cathy.  His daughter Caitlin also straps the mare whose owners include Australian cricket opener David Warner.  She signs off this season with 8 wins to her credit and $366,000 in the bank.

Shooting To Win’s overall stud stats comprise 148 individual winners of 393 races and he’s already made waves in Perth with Stakes-performers Dom To Shoot, Charleton Eddie and Femme Fatale.  His Neville Parnham-trained 2yo Shooting Kontki won’t be long breaking through after an impressive first-up placing behind Mia Gusto at Belmont on Wednesday.

Oakland Park owners Neville and Susan Duncan will stand Shooting To Win for $9,900 alongside Sessions at $11,000.  Service fees (inc GST). 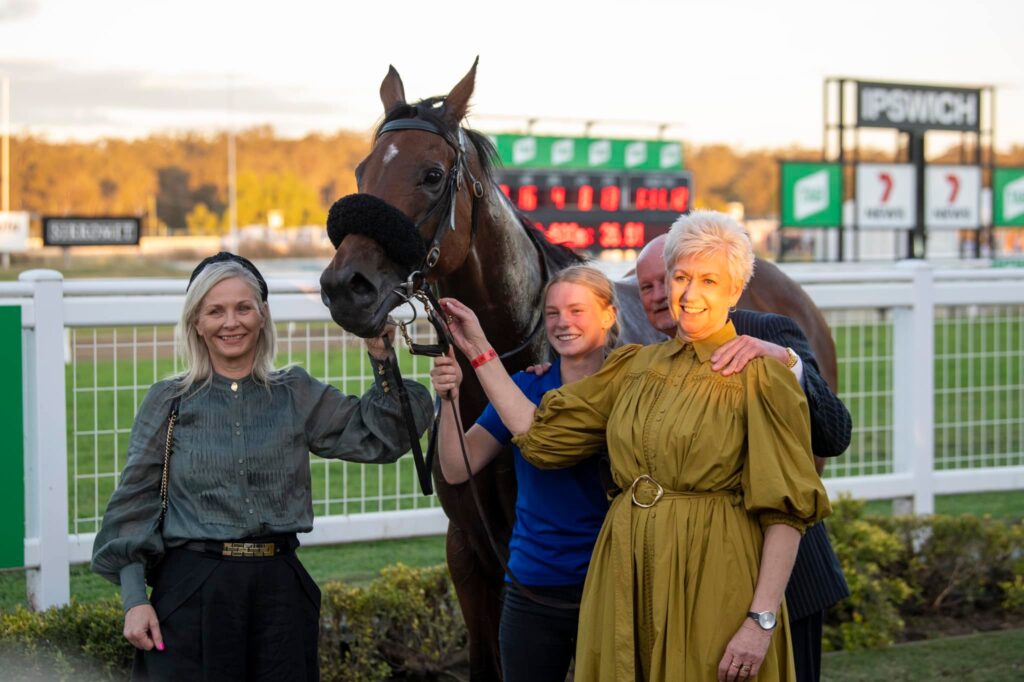