Vinery sires All Too Hard, Headwater and Press Statement were represented by six-figure yearlings when the Magic Millions National Sale concluded on Tuesday.

The All Too Hard filly from Telepathic (Lot 1356) topped the trio at $170,000 when knocked down to Lion Rock Bloodstock’s Ben Kwok and Lindsay Park.  Offered by Baramul Stud, she is the first foal of Mossman stakes winner Telepathic (Frank Underwood Cup LR).

Lindsay Park prepared All Too Hard’s first winner of the new season with Hard Landing at Moonee Valley on Saturday.  And Kwok had tapped into Vinery sire Headwater at this year’s Inglis Classic Sale when bidding $60,000 for the first foal out of Warwick Farm winner Playing Game.

Caulfield trainer Mick Price added another Headwater to his team with $110,000 for the filly from Moon of Baroda (pictured).  “Speed, Speed, Speed!” Price tweeted from the Gold Coast.  “It’s a Blue Diamond pedigree.”

Moon of Baroda (Shamardal) is a daughter of 2001 Blue Diamond Stakes winner True Jewels.  There are stakes winning juveniles aplenty on the page going down to Noesis (VRC Maribyrnong Trial Stakes LR) who is a daughter of Headwater’s sire Exceed And Excel.

Press Statement weighed in with a $110,000 colt from Encrypted (Lot 1455) that was purchased by John Foote Bloodstock from Baramul Stud.  Encrypted (Hussonet) is a sister to Gosford Guineas LR winner Latin News.

“To get a mare from that family by More Than Ready, I don’t think you can go far wrong,” Cuddy said.  “She is a gorgeous mare and we will put her to Omaha Beach (USA).”

Cambridge Stud owners Brendan and Jo Lindsay bought Sienna Rose off the track from Proven Thoroughbreds.  She won two in a row at Eagle Farm earlier in the season and her dam Maroon Bay (Exceed And Excel) is a half-sister to Merchant Navy.

The Magic Millions Weanling Sale included a second-crop filly by Vinery sire Star Turn from Grand Jazz (Sebring) that changed hands for $50,000.  Agent Sheamus Mills described the chestnut as a ‘cracking foal’ after purchasing her on behalf of BBT Breeding & Racing. 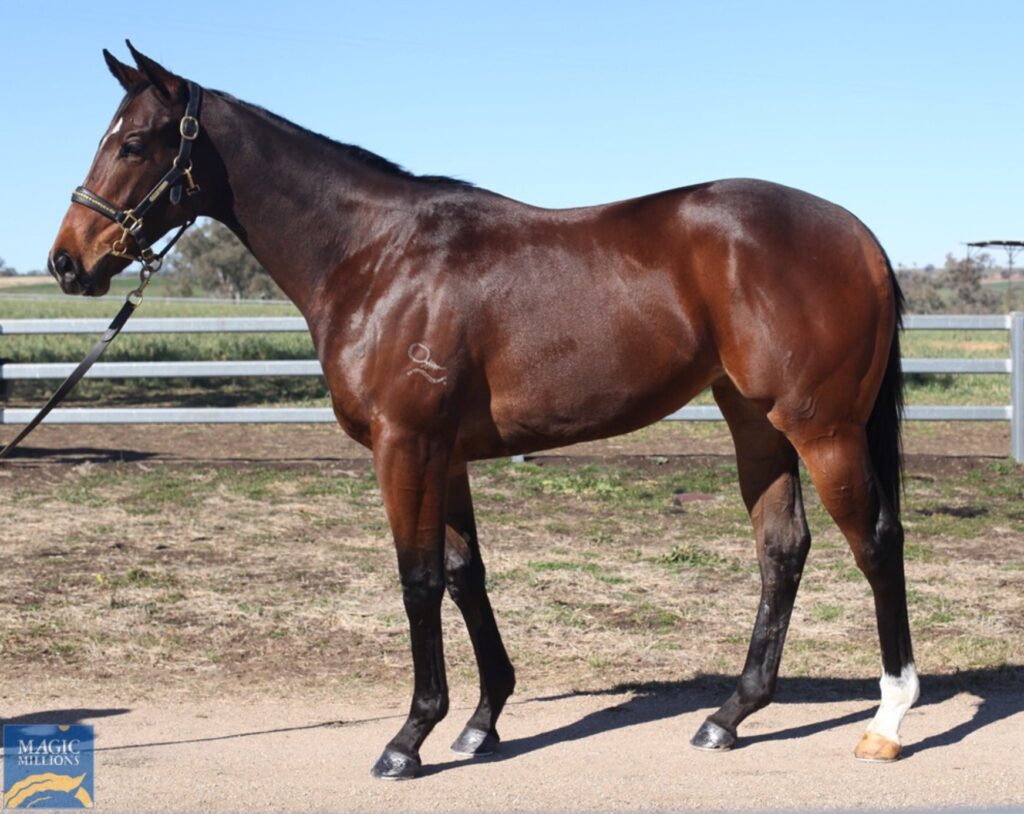