Ready To Prophet completed a feature double for Federation of Bloodstock Agents Australia (FBAA) at the Scone carnival on Saturday.

The Smart Missile filly earned a trip north for the Brisbane winter carnival after lifting to a narrow victory in the LR Denise’s Joy Stakes (1100m).  She is raced by Dynamic Syndications and was a $40,000 buy from Torryburn Stud for Dean Watt Bloodstock at the 2017 Gold Coast Magic Millions.

Ready To Prophet (3f Smart Missile – Ready To Live by More Than Ready) was racing first-up since December and co-trainer Gai Waterhouse will now set her for races like the G2 Dane Ripper Stakes and G1 Tatt’s Tiara.

Jockey Adam Hyeronimus wasted to ride the winner at 53kg.  “I just had to ride her after the way she’s been working at home.” he said.  “She has come back a very good filly and can keep winning in Brisbane.  She was very strong at the end today despite a wide run.”

Mitchell Bloodstock graduate Special Missile had led home an FBAA quinella in the LR Scone Cup (1600m) on Friday.  He was sold by Vinery Stud for $180,000 at the 2015 Gold Coast Magic Millions.

“It’s nice to come back home to win the Scone Cup,” Bill Mitchell said after the presentation.  “And it’s great to do it for the Chung family who are loyal clients.”

Mitchell and the Chungs celebrated a Group 1 victory in Hong Kong last month with Beat The Clock in the Chairman’s Sprint Prize at Sha Tin.  The son of Hinchinbrook cost $200,000 at the NZB Karaka 2YO Sale.

“He jumped well and likes to roll along at his own tempo,” jockey Sam Clipperton said.  I nursed him as long as I could but wasn’t sure whether the second horse caught us.  I closed my eyes and gave him one last push and I’m thrilled he got it done.” 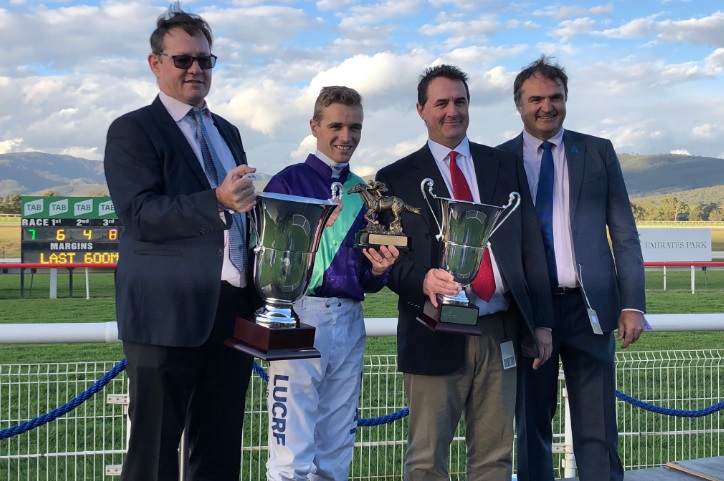