Starspangledbanner three year-old Mr Individual bounced back from disappointing effort in Group 3 company to score a stylish victory at Pakenham on Wednesday.

Trained Leon and Troy Corstens for Spicer Syndications, the colt refused to surrender when challenged in the straight to win the Polytrack Hcp (1200m) by a head as the $2.30 favourite.  He had been successful on debut at Bendigo in June but failed last time out in the G3 McNeil Stakes at Caulfield.

The same team campaigned Starspangledbanner and Mr Individual will be given the chance to emulate his sire in the G1 Caulfield Guineas (1600m) next month.  “Leon labelled this colt from Day 1,” Brad Spicer said.  “When these good horses come along there’s big expectations.  Fingers crossed everything goes to plan from here to the big race.”

Mr Individual (3c Starspangledbanner – She’s Alluring by Lure) was the top-priced yearling from his sire’s first crop when making $240,000 at the 2014 Gold Coast Magic Millions.  He’s a half-brother to Randwick winner Fast and Sexy who was also Group 1 placed at the same venue behind Helmet in the 2011 Champagne Stakes (1600m).

Starspangledbanner trained on after the Caulfield Guineas to add another Group 1 in the Oakleigh Plate (1100m) sporting Spicer’s colours.  Subsequently sold to race in the northern hemisphere, he annexed the G1 Golden Jubilee Stakes at Royal Ascot and G1 July Cup at Newmarket before retiring to Coolmore Stud.

Fertility issues ruined his early books, however, an amazing stakes-winning strike-rate from a handful of starters persuaded Victorian-based Rosemont Stud to give him a second chance in the breeding barn. 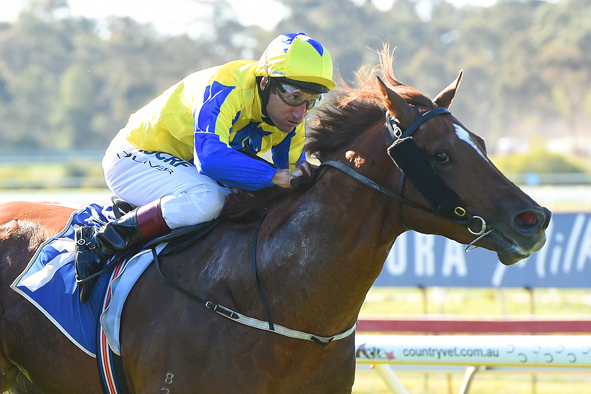