Star Turn opened for business this season when his 3yo flyer Mensa Maestro blitzed older horses in an Ipswich maiden on Thursday.

Vinery’s young gun had closed his first season on a successful note with the Kim Waugh-trained Turning a runaway winner at Muswellbrook last Saturday.

Mensa Maestro jumped on terms and was eager to go faster at his second start under Matt McGillivray.  Given more rein, he dictated in front and then exploded to a four length lead in the straight to win untouched.

“He’s a big horse and that was a big win,” trainer Kevin Kemp claimed after sleeping on the result.  “He’s pulled up well and will stay at 1200m for another run or two before a spell.

“Matt jumped off and said; ‘I know it was only an Ipswich maiden.  But Boy Oh Boy!  He really quickened when I pressed the button.’

“We won’t overtax him,” Kemp continued.  “His owner Allan Stanton doesn’t like pushing them, either.  Especially when they’re potentially as good as this horse.”

Mensa Maestro is a well-named son of Star Turn being the first foal to race from (NZ) mare Intellectuals (Swiss Ace).  He was bred by Gerry Harvey at Baramul Stud and is from the immediate family of Champion Kiwi colt Keeninsky (Stravinsky).

Star Turn and Capitalist will continue their struggle for supremacy in the 2021-22 second-season winners’ division following a tit-for-tat fight as freshmen last season.  They are currently locked together with career figures of 20 individual winners each in Australia. 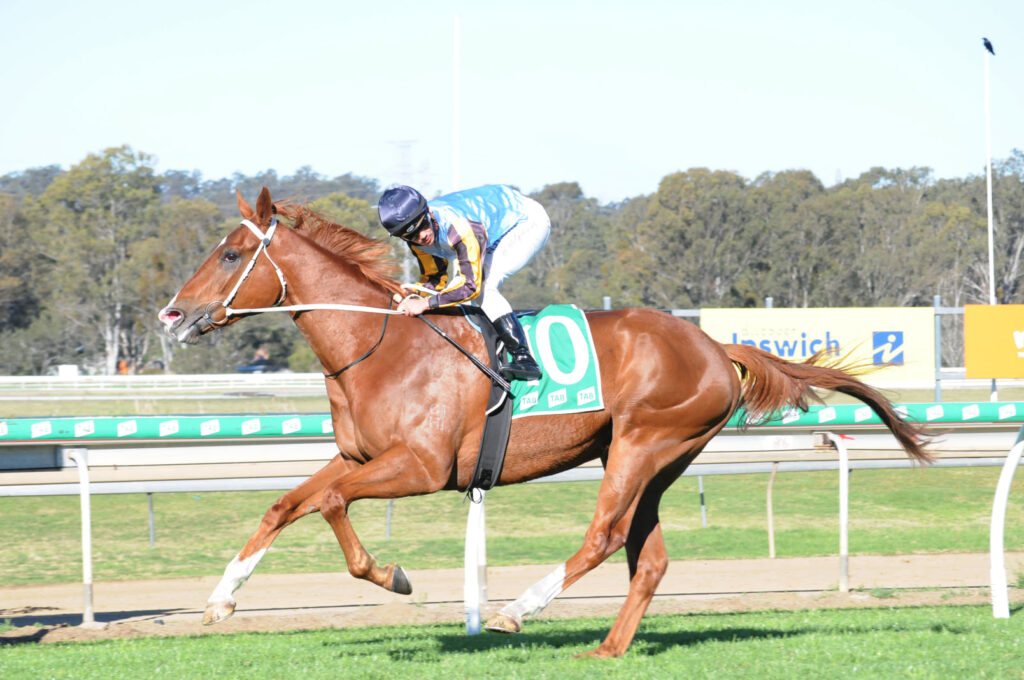