Vinery sire Star Turn was back to the day-to-day business of siring winners at Scone on Monday after reaching for the sky with Group 1 3yo filly Startantes in the Tatt’s Tiara on Saturday.

Scone winner Whispering Cate is another 3yo filly from his first-crop, however, owner-breeder Cheryl Grouse is keeping her feet on the ground while searching for suitable races on the calendar.

“I don’t want to jump the gun but she’s improving with every run,” Grouse said.  “There’s a Highway at Rosehill next month and a Fillies & Mares at Newcastle in August that lead into a race worth winning at Muswellbrook.”

The Queen Of The Valley Matchmaker (1280m) at Muswellbrook on Sunday, August 21 has the added incentive of a free service to stallions nominated by leading studs in the Hunter Valley.

Whispering Cate won her maiden over that course and distance earlier this month before doubling up in the Arrowfield Hcp (1200m) on Monday.  She ranged up to the leaders in the straight at Scone and kept finding to score in a photo-finish from Dolly Jayne (Press Statement).

“She’s still a bit wayward but is as tough as nails.  Mikayla (Weir) said she was always in for the fight when challenged near the finish.”

Grouse is currently weighing up her options for a stallion match to Whispering Cate’s dam Chuchoter (Snitzel).  The mare is due to Brutal (NZ) in a foal-sharing arrangement with Newgate Stud.

“I’m leaning towards Star Turn again.  I also have his 2yo sister to Whispering Cate and she’s coming along nicely.  They’re both beautifully-conformed fillies and so is Star Turn.  I’m looking forward to seeing him at the Vinery stallion parades next month.”

Star Turn’s book is filling fast and his service fee of $27,500 (inc GST) now looks a bargain after being released by Vinery on April 21.  His first crop have won over 20 races since then and they’ve gone to another level in the last month with an Australian Group 1 (Startantes), Hong Kong Group 3 (Cordyceps Six) and a Singapore Listed quinella (Golden Monkey > Silent Is Gold).

“Star Turn can really upgrade his mares and that’s what we look for in a stallion,” Vinery general manager Peter Orton explained.  “He’s a real alpha male – dominant and muscular and siring a lot of athletic types with substance as well.

“He’s a total outcross and an attractive prospect for breeders in a Danehill-sireline saturated market.  He definitely could have stood for a little bit more and his 2022 book will be the best he’s ever covered.” 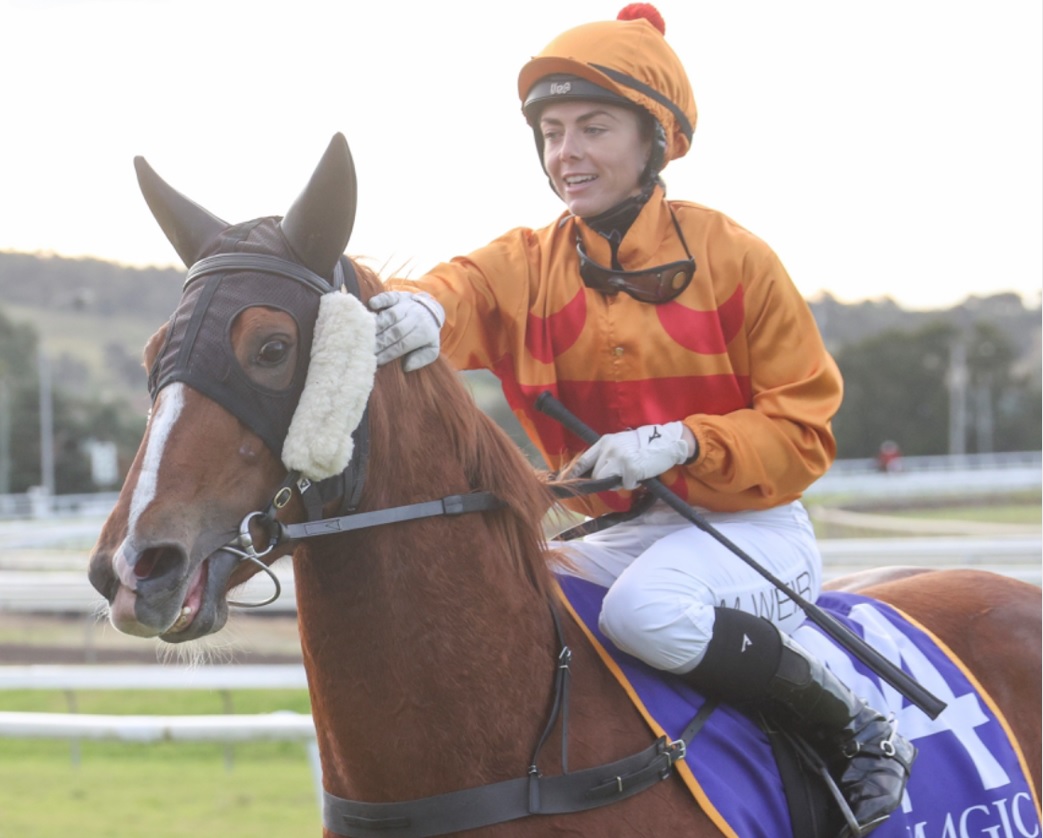