A Rosehill running double by Arctic Thunder (Headwater) and Oakfield Arrow (Press Statement) on Saturday was a value-added result for Vinery Stud.

Vinery (as agent) will offer a Star Turn half-brother to Arctic Thunder as Lot 754 on Day 4 of this week’s Gold Coast Magic Millions Yearling Sale and a Press Statement full-sister (as agent) to Oakfield Arrow (Lot 377) at the Inglis Classic Sale on Monday, February 7.

“She was on the wrong leg and struggling coming to the corner,” trainer Gary Portelli said as Arctic Thunder returned to scale after the Precise Air Hcp (1500m).  “Jason (Collett) straightened her up and she switched leads before charging to the line.

“I still didn’t think we were going to catch the leader but she got there in time.  The prizemoney is enormous in Sydney.  She’s earned $250,000 and the Magic Millions are on this week.”

Arctic Thunder (4m Headwater – Arctic Success by Big Brown) is owned by a syndicate managed by Darby Racing.  She was bred by Vinery partner Greg Perry and is the first foal of a half-sister to Golden Slipper Stakes Gr.1 winner Polar Success.

Arctic Success has been an instant success at stud.  Her promising 3yo Roots is gearing up for a much-anticipated autumn campaign for trainer Chris Waller.  The Press Statement filly graduated from a Goulburn maiden win in September to a Group 2 placing in the Reginald Allen Hcp at Randwick on Everest Day.

Vinery began inspections at Stable I on the Gold Coast last Wednesday and the Star Turns received a Hong Kong update that night when Astrologer made it two wins in four starts since debuting at Happy Valley in November.

Star Turn’s Queensland-based 3yo fillies Me Me Lagarde and Miss Hipstar are also peaking for the $2million Magic Millions 3YO Guineas (1400m) at the Gold Coast this Saturday.

Vinery bloodstock manager Adam White is looking forward to presenting the Star Turn – Arctic Success colt on Friday.  “He’s all quality with the scope to keep improving the pedigree.  I like him and he’s been popular parading.” 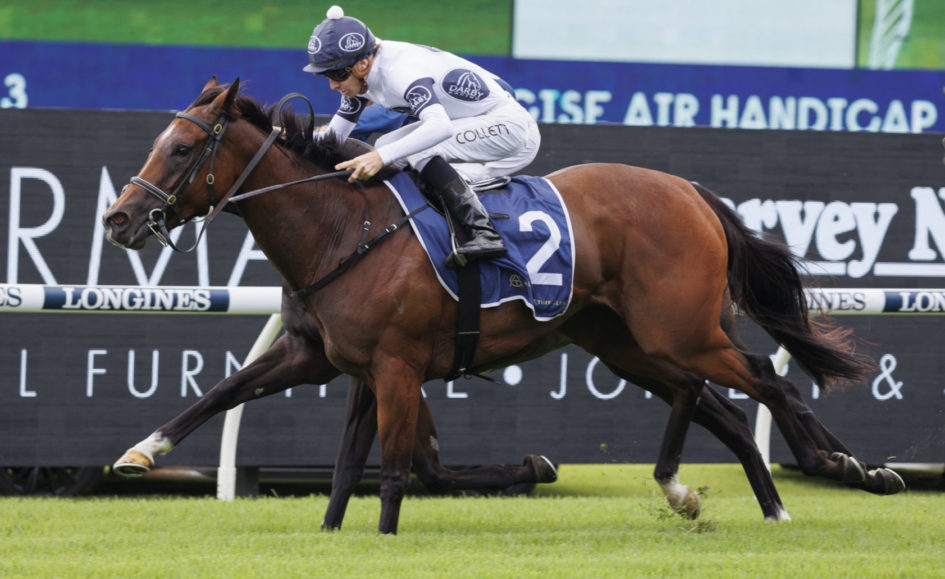