Starcraft stands at Rosemont Stud in Gnarwarre and his latest winner is raced by Zhang Yuesheng who is investing millions in Yulong Farm at Bayles.

Mr Zhang’s emerald green colours had been carried to victory by Killarney Kid at Moonee Valley minutes before the ¥1 million race (AUD 197,500) in China.  His unbeaten colt Yu Long Sheng Hui (Sebring) is also due to resume his Group 1 Caulfield Guineas campaign at Flemington next Saturday.

Club Star (5g Starcraft – Quick Blush by Redoute’s Choice) was initially trained by Peter Moody for wins at Bendigo, Seymour and Kyneton before transferring to China in June.  He cost $115,000 as a yearling and is from the immediate family of Woodlands Stud’s multiple Group 1 winner Encounter.

Starcraft also sired Vostok to his fourth win in 9 starts at Moonee Valley on Saturday for Rockmount Stud owners Geoff Guest and Jill Kewish.  And his Sydney based sprinter Craftiness earned more black-type when placed in the G3 Concorde Stakes at Randwick. 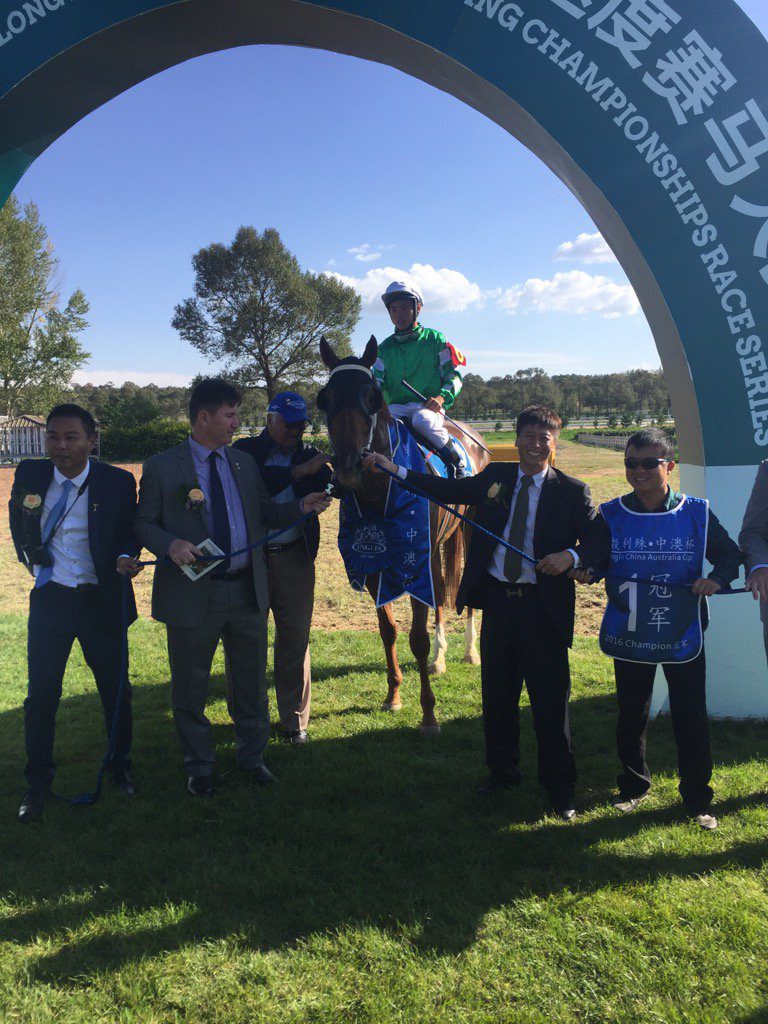