War God caused an $18 boilover after bursting through a gap to open his black-type account on Saturday.  The Neville Parnham-trained galloper wasn’t considered a main chance following a last start failure in a Benchmark 78 over 1600m at Belmont in May.

“He was switching back from a mile and I thought the 1200m would suit,” Parnham said.  “There’s more feature wins in store.  He could be a Hannan’s Hcp horse.”

War God (5g War Chant – Hallelujah by Twig Moss) was bred by Yarradale Stud and sold through the Geisel Park consignment for $35,000 at the 2014 Perth Magic Millions.  He’s the final foal of a Woodlands Stud homebred mare who is also the dam of Sydney stakes-winner Domine (Strategic).

A staunch group of owners stayed solid during a run of 15 outs at the start of War God’s career.  A few didn’t persevere and their shares were distributed to syndicate members who maintained the faith.

“They kept asking whether he was worth keeping,” Parnham recalled.  “He showed ability right from the early days but was big, raw and gangly and didn’t have the maturity or strength to finish off his races.

Oorah’s win was an even bigger upset than War God.  He lobbed at $65. 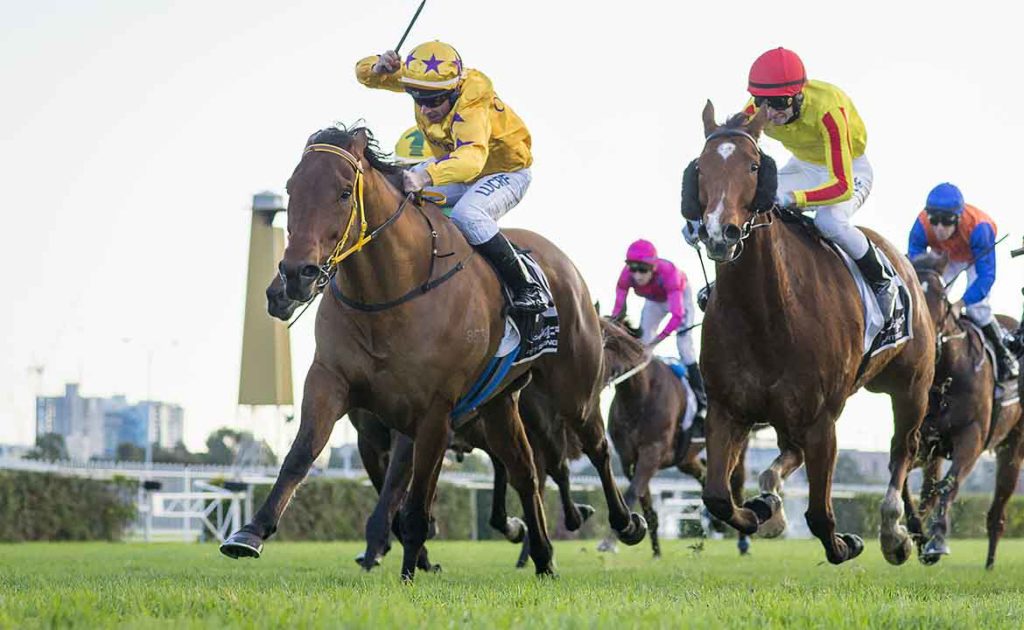