More Than Ready unveiled another 3yo filly with stakes-winning potential when Still Single outclassed her rivals in the Darley Maiden Hcp (1100m) at Randwick on Wednesday.

Still Single was racing first-up after a six-month spell and went out a short-priced favourite on the strength of a Group 2 placing in the Sweet Embrace Stakes at Randwick in March.  Settled at the tail of the field from an outside alley, she ranged up to the leaders approaching the home-turn and sustained a long run right through the line under 59kg.

“She felt brilliant and gave me a lovely ride,” jockey James McDonald said.  “She’s been taken along slowly and is maturing all the time and will get even better.”

Still Single was sold to Cambridge Stud owners Brendan and Jo Lindsay for $500,000 out of the Vinery draft at the 2018 Gold Coast Magic Millions.  More Than Ready’s 3yo filly Kooweerup was also among that consignment and she is being prepared for the Thousand Guineas Gr.1 at Caulfield on Saturday week.

“It’s good to get that maiden out of the way,” trainer Chris Waller said at Randwick.  “She’s very talented and we’ve got bigger things in mind.”

McCann welcomed a More Than Ready baby sister to Still Single at Vinery last Thursday.  Their dam Single Style (Not A Single Doubt) won a Keith Mackay Hcp LR at Randwick and her yearling is a filly by Star Turn.

The Lindsays indicated Still Single will eventually be a valuable addition to their broodmare band.  The Auckland couple bought Cambridge Stud from Sir Patrick Hogan last year with a promise they would honour its legacy as an industry icon in New Zealand.

In other news across the Tasman, More Than Ready’s talented 3yo Holy Mongolemperor has gone for a spell and will not contest the NZ 2000 Guineas Gr.1.

The Murray Baker and Andrew Forsman-trained colt was hindered by a minor infection in a hind leg and the decision was made to pull pin on his current prep.  “He has gone to the paddock and will come back with a view to summer and autumn targets,” Baker said.  “He’s a lovely colt and we look forward to his next campaign.”

Holy Mongolemperor was an $8 second favourite behind Catalyst ($1.80) for the classic at Riccarton on November 9. 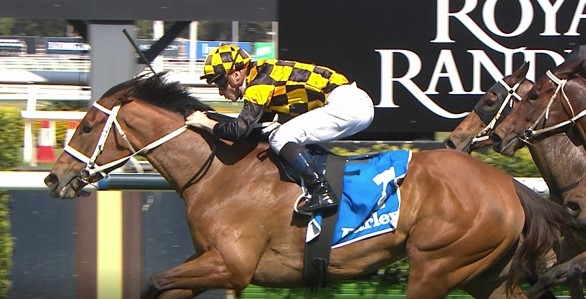