Testa Rossa raised the curtain on his new-season two year-olds when blueblood Ellicazoom won a trial at Belmont on Monday.

The Neville Parnham trained filly won by a length from Gangbuster (Blackfriars) in a hit-out over 850m.  They finished 12 lengths in front of the third horse home.

Ellicazoom (2f Testa Rossa – Ellicorsam by Fimiston) cost Parnham and owner Santo Guagliardo $180,000 at the 2015 Gold Coast Magic Millions.  Her dam won the Winterbottom Stakes in Perth before transferring to Lee Freedman for a Group 1 victory in the Swettenham Stud Stakes at Morphettville.

Testa Rossa missed a golden opportunity to sire another Group 1 Winterbottom Stakes winner when Testamezzo injured a tendon in the lead-up to this year’s Ascot carnival.  The Vinery stallion won the 2011 Winterbottom with his class mare Ortensia.

Testamezzo was rated one of the west’s most promising three year-olds last summer after winning the LR Raconteur Stakes and Magic Millions 3YO Trophy.

Parnham has a full-brother to Testamezzo that cost $220,000 at this year’s Gold Coast Magic Millions.  He is also owned by Guagliardo and has been named Luna Rossa.

Testa Rossa has maintained a phenomenal 73% winners-to-runners over the last decade and Vinery is standing him for a $19,800 (inc gst) service fee. 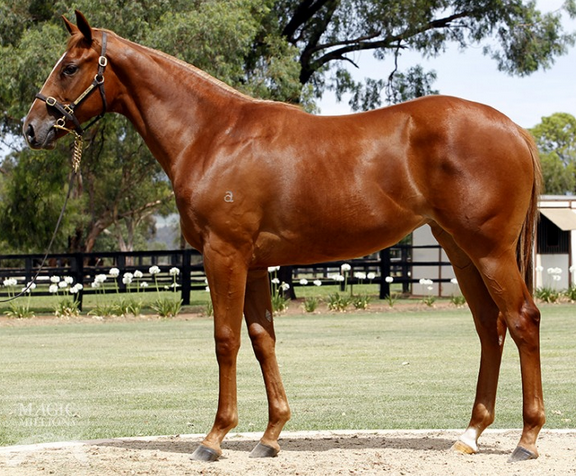