The More Than Ready 3yo became the 100th Group 1 winner raised and consigned by Kentucky’s leading nursery but Mark Taylor admits he can’t recall the specifics why he was passed-in for $170,000 as a yearling at the 2016 Keeneland Winter Sale.

“But I do remember we were disappointed because we thought the horse was going to sell better than he did,” Taylor said after Catholic Boy raised the bar again to win the Travers Stakes Gr.1 at Saratoga in August.  “We just didn’t get it done in the ring although the reserve was pretty fair.

“He was one of those horses that went through and some of the people who were on him at the barn just missed him or didn’t have themselves lined up to go that high.  A lot of people were interested and it was readily apparent he was going to get sold soon enough.  It’s just part of the game.

“There’s always ‘bidder’s remorse’ and it’s amazing when those horses comes good.  There are like 20 underbidders who suddenly emerge in an attempt to be associated with fame.”

And there must be numerous would-be buyers out there with a serious case of ‘bidder’s remorse’ as Catholic Boy prepares for the $6 million Breeders Cup Classic Gr.1 at Churchill Downs on November 3.

Catholic Boy can give More Than Ready his sixth individual Breeders Cup winner when the 2018 Championships are held under the Twin Spires.  He is currently on the second-line of betting at $6 behind Accelerate, the Californian superstar who is a short-priced favourite at $2.30. 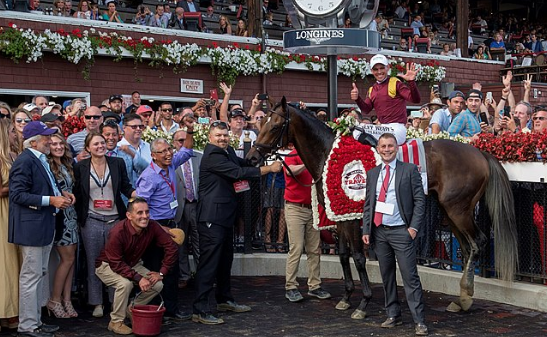