Peter Ford (FBAA) has received a TBV award for Whispering Brook who was named Champion Victorian-bred 2YO in 2015-16.

He accepted the plaque on behalf of Hillside Thoroughbreds owner Peter Arvanitis who bred and sold her to Perth-based owner Alan MacAlister for $45,000 at the 2014 Magic Millions National Foal Sale.

Ford is Hillside’s bloodstock manager and he had purchased Whispering Brook’s dam Artful Whisper (Machiavellian) for 62,000gns at the 2005 Tattersalls Sale in England.

A weight problem, or lack of it, delayed her prep for the 3yo spring classics in Melbourne.  She was brave when placed in the LR Atlantic Jewel and G1 Thousand Guineas but was then a late scratching at Moonee Valley after playing up at the barriers.

Cleared to race after a compulsory barrier trial, she lightened off and was left exposed in front of the G1 Myer Classic at Flemington.

Trainer Simon Miller said Whispering Brook will be back with bells on after a relaxed summer spell.  “Nothing’s mapped out for the autumn because I want her to look a million dollars before making any decisions.  She will have a really good break and really fatten up.  Then I will pick a program.”

Robbie Griffiths is another trainer looking forward to the autumn with Hillside-bred 3yo fillies Areti (Street Sense) and Classic Diva (High Chaparral).

Hillside-homebred Areti was a brilliant debut winner at Moonee Valley in February.  Griffiths spelled her soon after an interstate trip to Adelaide in April and she’s back in work at Cranbourne.

Classic Diva sold for $80,000 at Melbourne Premier and is untapped after a short spring prep.  She won an Echuca maiden (1200m) third time out and within a month was a brave fifth in the G2 Moonee Valley Fillies Classic (1600m).

Champion trainer Darren Weir is keen about the autumn prospects of his 3yo filly Tiamo Grace following her a last-start victory in the G2 Wakeful Stakes (2000m) at Flemington.  He opted to spell her instead of backing up in the G1 VRC Oaks and that looked a shrewd decision when Lasqueti Spirit and Brenton Avdulla turned the classic into a free-for-all.

Tiamo Grace (Monaco Consul) is a daughter of French-bred Sicile.  Ford swooped to buy the Anabaa mare for $41,000 when Patinack Farm dispersals delivered some bargains for eagled-eyed breeders in 2012.

Sicile has paid that back with interest at the last two Melbourne Premiers.  Tiamo Grace changed hands for $50,000 and her Medaglia D’Oro colt cost Sun Bloodstock $280,000 earlier this year.  He’s been named Zhang Fei and is being trained by Mick Price.

“We have a So You Think – Sicile filly entered for Oaklands in March – she was a December foal so we gave the mare a year off,” Ford said.  “Now Sicile is back in foal to Vancouver.”

The list of FBAA members can be found at:  www.bloodstockagents.com.au 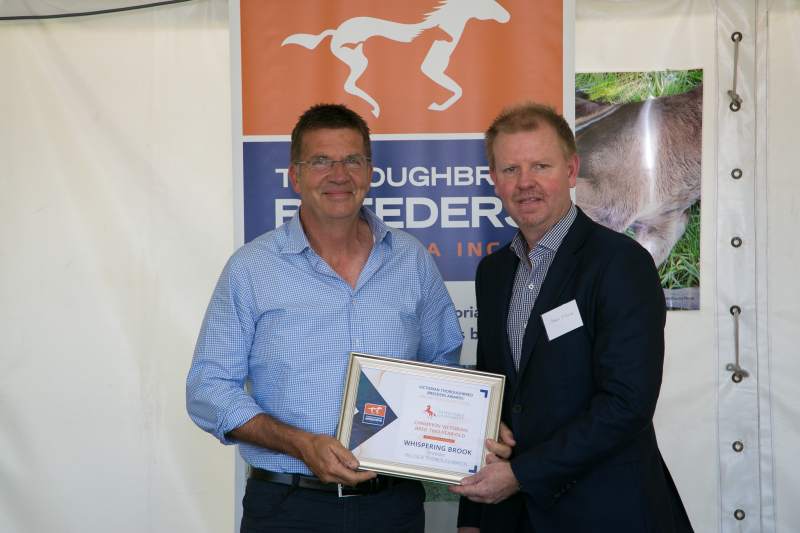