Coolmore Stud’s former NZ shuttler Thewayyouare is on the move again in Europe.

Trained by Andre Fabre, Thewayyouare was ranked France’s Champion 2YO in 2007 following wins in the G1 Criterium International and G3 Prix Thomas Bryon.  He is a half-brother to champion filly Peeping Fawn who won the Irish & Yorkshire Oaks, Nassau Stakes and Pretty Polly Stakes.

A son of Kingmambo, he retired to Coolmore’s Kentucky arm at Ashford Stud and then spent the following five seasons under its banner in Ireland before transferring to Germany.

He shuttled to Windsor Park for five books and was Champion NZ first-season sire for 2013-14.  He finished third to Tavistock and Swiss Ace for the second-season title last year.

Thewayyouare has 9 lots from his final Kiwi crop catalogued for the 2017 NZB Yearling Series.  None of them made the cut for the Premier Sale at Karaka. 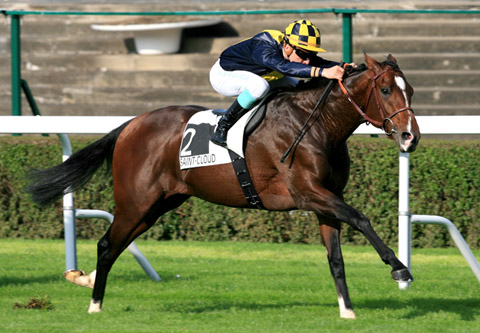