Vinery legend Red Ransom left a legacy that’s still paying dividends for trainers like Greg Eurell.  The Cranbourne conditioner needs a flag-bearer to replace his Cox Plate winner Pinker Pinker and he may have unearthed one at Moonee Valley on Saturday.

His Red Ransom filly Love For Ransom opened the Dato Tan Chin Nam meeting with a whirlwind finish to win the Boscastle Plate over 1200 metres.  She clocked some breathtaking sectionals to send bookmakers scurrying for cover ahead of the G1 Thousand Guineas (1600m) at Caulfield.

Love For Ransom is now a clear $5.50 second favourite behind Atlantic Jewel’s half-sister Commanding Jewel ($4.80) for the fillies classic on October 17.  “I’m really looking forward to getting her out to 1600m,” Eurell said.  “That will be right up her alley.”

A homebred for Ivan and Valda Klaric, she had won on debut at Sandown in May prior to a winter spell.  “It was a big effort first up,” Eurell added.  “She’s a lovely filly and mentally is really focused.”

A fillies race over 1400m at Caulfield on September 30 is next on the agenda and it will coincide with her actual third birthday.  It was named the BMW Hcp last year and Atlantic Jewel won it on the way to a three length romp in the Thousand Guineas.

Love For Ransom (3f Red Ransom – Love And Emotion by Woodman) is bred to keep improving past a mile.  She is from a half-sister to G1 Toorak Hcp winner Shot Of Thunder (Thunder Gulch) and LR Belmont Oaks winner Celebrity Princess (Palace Music).  Second dam My Brilliant Star (Copper Kingdom) was a G1 winner of the 1992 AJC Oaks.

Winning jockey Glen Boss is adamant Love For Ransom is every inch a Group 1 filly.  “She will win the Thousand Guineas,” Boss predicted on Saturday.  “She wasn’t entitled to run in the first three and, best of all, she was even stronger after the line.”

Red Ransom (Roberto) was foundation sire at Vinery Australia and stood at its Hunter Valley base for a decade before his death in November 2009.

Horse of the Year Typhoon Tracy heads his list of Australian bred fillies.  Love For Ransom is from his penultimate southern crop and it already includes Group 1 winner Rumya who captured the Golden Slipper at Greyville in July.

Vinery maintains the link with Red Ransom through G1 AJC Champagne Stakes winner Onemorenomore.  “He’s a magnificent looking horse with a great pedigree,” Vinery manager Peter Orton said.  “When Red Ransom died, we were very keen to secure a son to take his place and we identified Onemorenomore as the ideal replacement.” 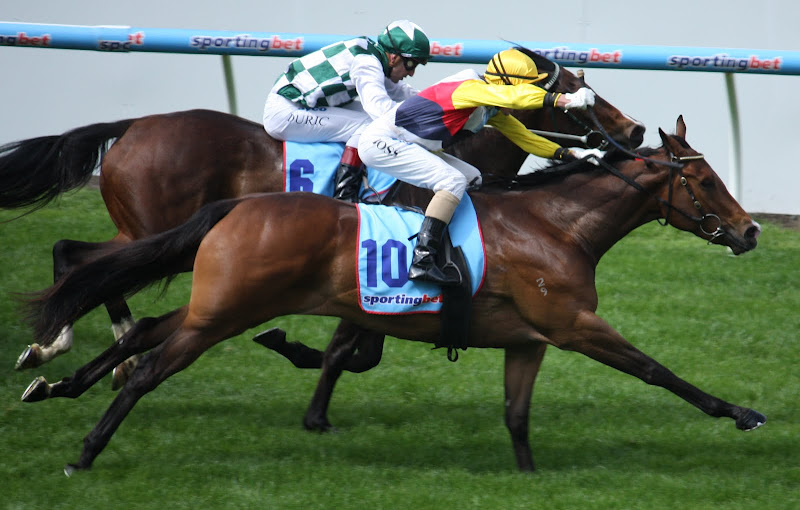