Casino Prince is renowned for siring tough gallopers like Timeless Prince who powered home to win the $100,000 Tamworth Cup (1400m) on Sunday.

Timeless Prince broke his maiden at Taree four years ago and since then the widely-travelled gelding has won 12 races from 67 starts while earning over a half-million dollars in prizemoney.

He will be set for another tasty pay-day in the Country Cup (1400m) during the Scone carnival in May.  “He tries all the time and has won on 10 different tracks – there wouldn’t be too many horses that have done that,” Gosford-based trainer Tony Newing said.  “He does best when held up for one run.”

Jockey Josh Adams rode him from the textbook at Tamworth coming with a brilliant burst to defeat local hope Mapmaker by a short-neck.  Among his other victories have been the 2014 Scone Country Cup, 2015 Winter Dash at Randwick and 2016 Listed Sunshine Coast Cup.

Hooked will back up in the G3 Lee Stakes (1600m) at Morphettville on May 20 and Lim’s Cruiser has another black-type assignment in the G2 Stewards’ Cup (1400m) at Kranji on May 28.

Casino Prince 2yo Casino Fourteen has also stayed in training after a Listed placing in the Anzac Day Stakes at Flemington.  Trainer Greg Eurell rates the colt very highly and will take him to Adelaide for the G3 South Australian Sires’ Produce Stakes (1400m) on May 13. 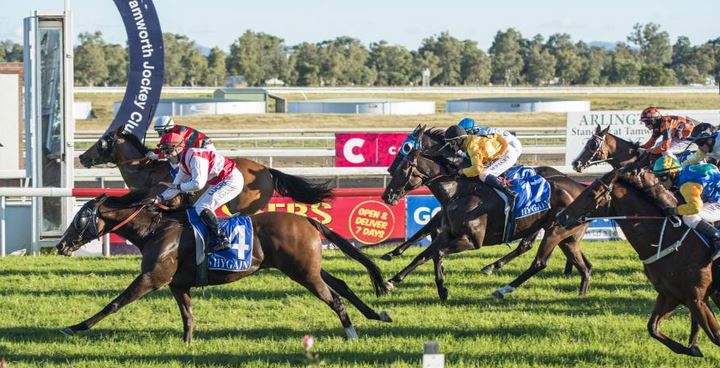