The Oaks Stud shuttler Sakhee’s Secret is home and hosed for Europe’s first-season sire award in the winners’ category.

Betting has been shut down for the premiership after Sakhee’s Secret filly Palladius won her maiden at Beverley on Tuesday.  “That puts him on the 17 individual winner mark which is more than double his closest pursuers New Approach and Sixties Icon,” a spokesman for bookmaker Stan James said.  “It would appear Sakhee’s Secret holds an unassailable lead as we head towards the end of the season.”

Palladius is a homebred for Wood Hall Stud and is a younger half-sister to Ascot Listed winner Talking Hands (Mujahid).

Sakhee’s Secret was a G1 winner of the 2007 Newmarket July Cup and he shuttles from Whitsbury Manor Stud to The Oaks Stud where he stands for a $12,000 fee.

The news out of Europe is music to the ears of vendors who have Sakhee’s Secret lots catalogued for the NZ Bloodstock 2YO Ready to Run Sale in November.  Among them are the half-brothers to Rolling Pin (Lot 132) and G1 NZ Derby winner Silent Achiever (Lot 399).

Pins sired him from Gypsy’s Daughter who was a stakes winner at Awapuni before finishing her career with Listed victories in the STC Neville Sellwood Stakes and Lord Mayor’s Cup at Rosehill in 2000. 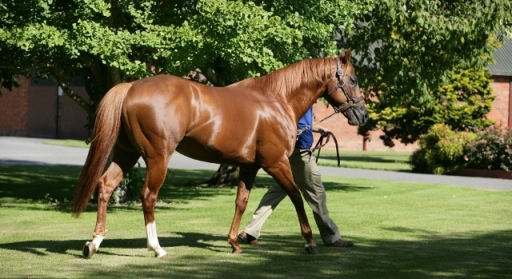