Tudor Prince has continued an inspiring comeback for trainer Danielle Seib with another brave victory in the City Tattersalls Hcp (1900m) at Canterbury .

Wednesday’s result completed a winning treble for the All Too Hard gelding following victories at Goulburn and Hawkesbury.  He duelled in front with the favourite Tidal Creek (Snitzel) and responded to another well-judged ride by Jean Van Overmeire to score by three-quarters of a length.

Tudor Prince (6g All Too Hard – Allez Wonder by Redoute’s Choice) has experienced a chequered career since selling for $70,000 through Vinery’s consignment to the 2017 Gold Coast Magic Millions.

After missing his entire 4yo season and moving stables twice, he arrived at Seib’s Goulburn yard in February and hasn’t looked back for owners Alan Skinner and Frances Refalo.  “He had a history of injuries but is a very nice type and a good mover,” Seib explained.  “Alan rang me hoping a change of environment would help him recapture form.

“It’s very rewarding to get a tried horse believing in himself again.  He’s well-bred and a pleasure to train.”

Tudor Prince is a son of the Bart Cummings-trained mare Allez Wonder who won the 2009 edition of the Group 1 Toorak Hcp (1600m) at Caulfield.  She is owned by Vinery partner Steve McCann and is also the dam of More Than Ready filly Kooweerup (SAJC Breeders’ Stakes Gr.3).  Her latest cover was to Vinery’s Group 1 winning stallion Ole Kirk.

Van Overmeire believes there’s improvement to come after unsaddling Tudor Prince at Canterbury.  “He relaxes and gets into a rhythm.  They ran along today and he kept grinding to the line.  He keeps stepping up to the mark and will get over more ground further into this prep.”

Seib, 28, has been based at Goulburn for four years with her partner Aaron Day after initially combining training and a Bachelor of Secondary Education degree in Newcastle.  Their latest crop of yearlings includes a colt by Vinery legend More Than Ready (USA) from Ivory Rose that cost $120,000 at the Gold Coast Magic Millions.

Vinery champion All Too Hard is closing out a career-best season at stud with a roll-call of 117 individual winners in Australia headed by Group 1 winners Behemoth, Forbidden Love, Alligator Blood and Wellington (HK). 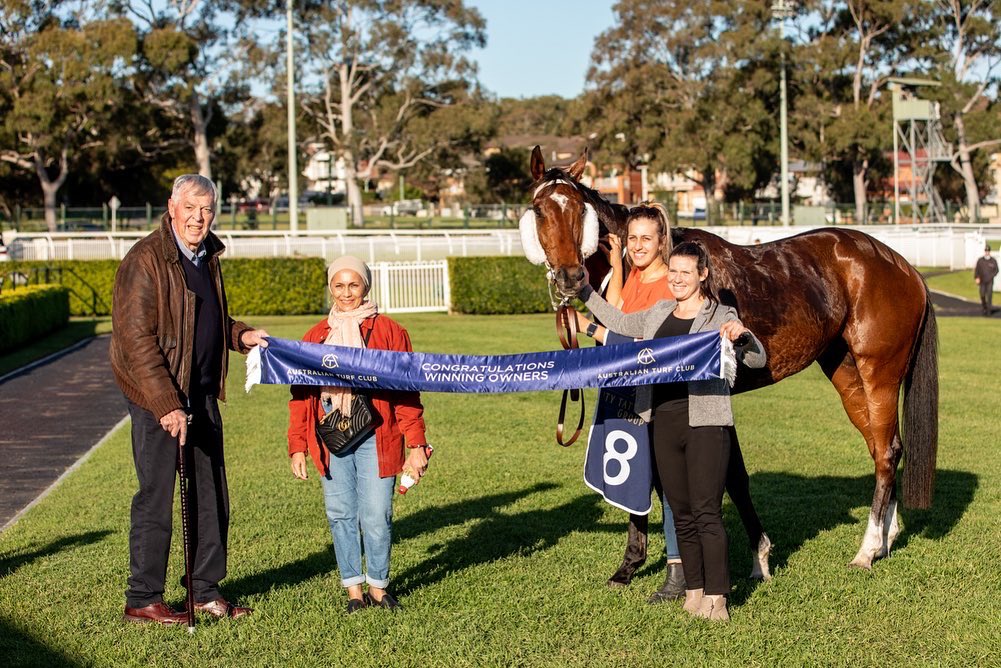