A Snitzel colt from a Stakes winning half-sister to Russian Revolution will be one of the Day 1 highlights for Vinery Stud at the Inglis Easter Yearling Sale next Tuesday.

He was part of Vinery’s draft of 18 yearlings that began inspections at Riverside Stables on Thursday morning.  It’s the Stud’s largest Easter consignment since 2014.

Vinery has an enviable track-record with Snitzel at Easter selling Group 1 winners Shamus Award and Russian Revolution.  It’s other Easter elite graduates include Exceed And Excel, Aristia, Samaready and Delectation.

The Snitzel – Turbo Miss colt (Lot 139) had already caught the eye during pre-sale parades in the Hunter Valley.  Russian Revolution won The Galaxy Gr.1 and Oakleigh Plate Gr.1 after graduating from Vinery for $320,000 at the 2015 Easter Sale.  His first yearlings were well-received at the Gold Coast Magic Millions in January and included a $100,000 colt from Moretti (More Than Ready) bought by Team Hawkes.

The Snitzel – More Than Ready cross has winning strike-rate soaring above 85%.  Vinery graduate Exhilarates leads the way with prizemoney of $2.28million.

Turbo Miss is a daughter of More Than Ready’s Golden Slipper Stakes Gr.1 winner Sebring.  The Snitzel colt is her first live foal following a career-high victory in the Frances Tressady Stakes Gr.3 at Flemington.

The dam’s older half-sister Miss Interiors (Flying Spur) added a Group 2 update in February when her colt Home Affairs (I Am Invincible) won the Silver Slipper Stakes at Rosehill.  He has been nominated for the Inglis Sires’ Produce Stakes Gr.1 at Randwick on April 10.

Vinery’s Snitzel filly from Miss Gunpowder (Lot 427) will be offered towards the end of Day 2.  Her dam won a Morphettville nursery and earned black-type when placed in the Proud Miss Stakes Gr.3 for trainer Phillip Stokes.

She trained on to claim a MRC Thousand Guineas Gr.2 at Caulfield, Hinkler Hcp LR at Doomben and Gold Bracelet at Bendigo.  “Her filly is a typical Snitzel and looks sharp,” Vinery bloodstock manager Adam White said.  “The dam was a talented 2yo and this filly will go early, too.

“She has lovely rounded hind-quarters with plenty of scope to work with and there’s residual value with black-type filling the page.”

Vinery continues inspections at Riverside Stables over the Easter long-weekend at Barn I. 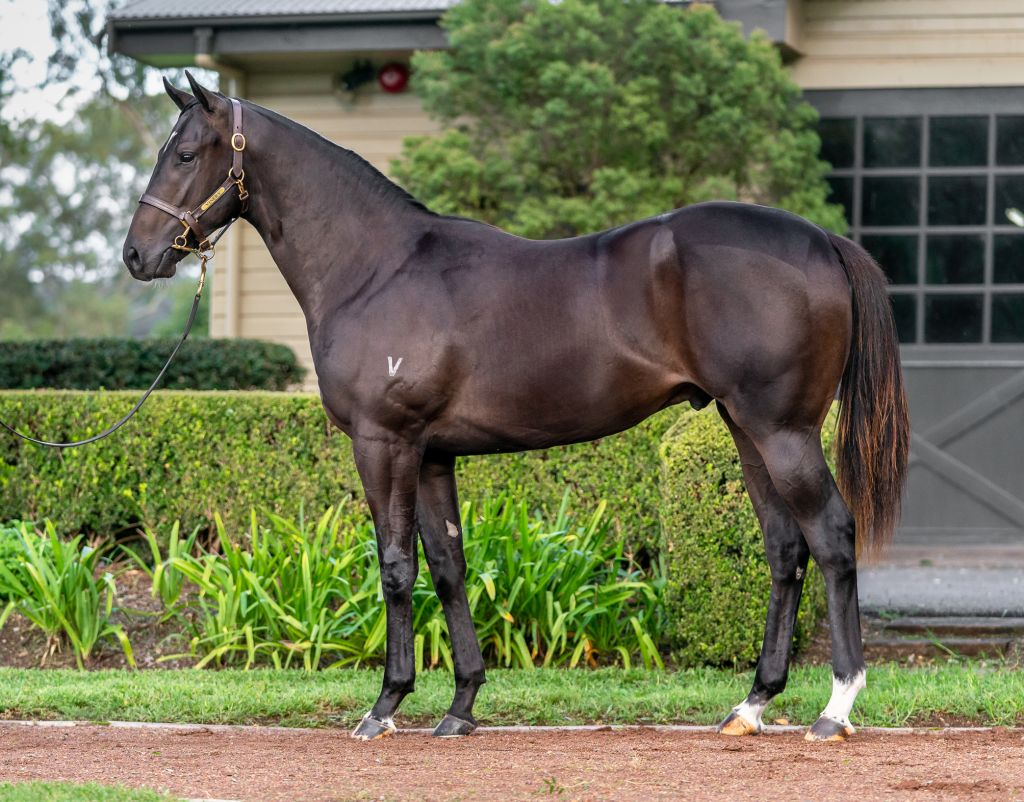