Tyreel Stud topped the Inglis Classic Sale with a $400,000 Not A Single Doubt colt destined for Hong Kong.

Purchased by Carmel Size on behalf of Mr Bon Ho, the colt was knocked down during the Gold Riband Session on Saturday night.  “He’s very athletic and ticked a lot of boxes for me,” Size said.  “We’ve been successful with Not A Single Doubt and have just sent a very nice one named Southern Legend to Hong Kong.

“This one will be trained by Les Bridge in Sydney.  Every time I went past him, I went and gave him a pat because I just love him.”

Not A Single Doubt sired the top-seller from Pinocchio (Encosta De Lago) who is a sister to Group 1 winner Racing To Win and a half-sister to Group 3 winner Purrealist (Tale Of The Cat).

Tyreel also sold the top-priced Classic Sale filly when its I Am Invincible – Family Crest yearling made $360,000 to the bid of Boomer Bloodstock (FBAA) and Murray Thoroughbreds.

The Agnes Banks nursery was the leading vendor by average (3 or more sold) at $198,667.  “It was really good to be able to present those ones in the Gold Riband,” Tyreel’s Linda Monds said.  “We’re a small farm and I’m very proud of what my team has produced from their hard work.  They deserve this result.”

The buying bench was as broad as ever seen at Newmarket, highlighted by 276 individual buyers on the results sheet from Saturday to Monday.  Vinery’s More Than Ready topped the sire averages at $176,667 while Yarraman Park’s I Am Invincible sold all 27 lots to easily lead the sire aggregates with $4.01 million. 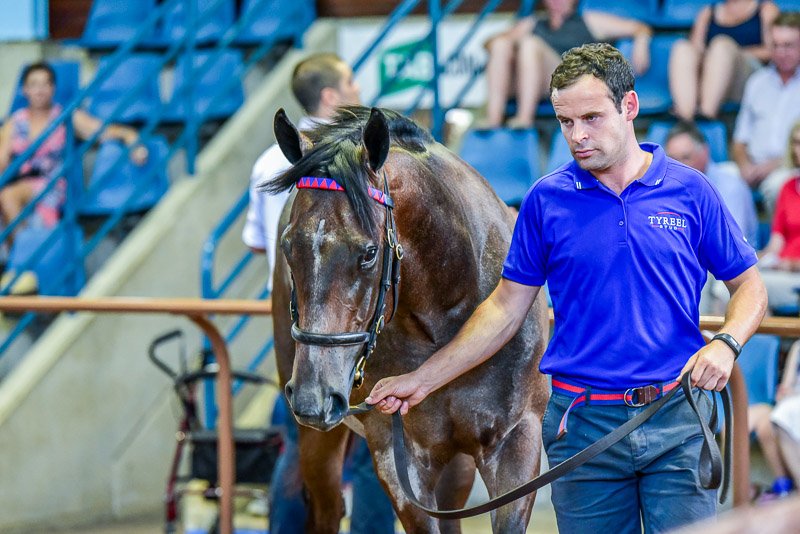 CLASSIC LEADER
Not A Single Doubt colt sold for $400,000 to Carmel Size