More Than Ready mare Uni (GB) was honoured as Champion Turf Female at the 2019 USA Eclipse Awards in Florida on Thursday.

Uni was favoured to win following a top-gear triumph in the Breeders’ Cup Mile Gr.1 at Santa Anita in November.  The Chad Brown-trained star began the year winning the Perfect Sting Stakes LR at Belmont in June before an unlucky placing behind stablemate Get Stormy in the Fourstardave Hcp Gr.1 at Saratoga.

The 5yo mare responded with a course-record 1:32.87s to win the First Lady Stakes Gr.1 at Keeneland and then turned the tables on Get Stormy with an eye-catching rally at Santa Anita.

“She’s remarkable and has the best turn of foot of anything I’ve trained,” Brown declared.  “I don’t think I’ve ever had a horse like her.”

Uni received 126 votes for a lopsided result over Sistercharlie (61) and Got Stormy (33).

Connections have indicated she will race on in 2020.  Her record now stands at 10 wins in 18 starts for $2.34 million in prizemoney.

The New York native also claimed the 2019 Eclipse Award for Horse of the Year with Breeders’ Cup Turf Gr.1 winner Bricks and Mortar.

More Than Ready exited 2019 as the most successful sire in the history of the Breeders’ Cup.  Uni recorded his 7th win at the Championships which sent him one clear of previous record-holders Sadler’s Wells and Unbridled’s Song.

The Vinery legend is preparing for his next northern book in Kentucky and he never ceases to amaze WinStar Farm CEO Elliott Walden.  “His percentage of foals stays the same and his body condition remains really good.  We’ve never had an issue in all those years of travelling to and from Australia.

“He trots off the truck when he arrives back here, has a brief look around and settles into his stall.  He’s extraordinary!” 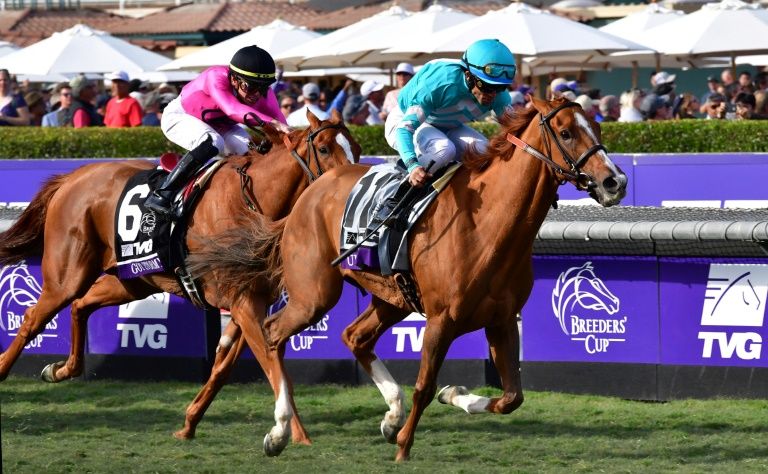