Vampi At Play had been runner-up in her first three starts but made no mistake when establishing a winning margin at the top of the straight in the TABtouch Plate (1200m) at Belmont on Wednesday.

Starting at a shade of odds-on, the 2yo daughter of Darling View Thoroughbreds sire Playing God sat outside stablemate Ultimate Command and then slipped the field when given rein by Lucky Ramoly.  “That’s what she been showing us of a morning,” trainer Neville Parnham said.  “She’s had a tendency to lay-in on raceday and that’s cost her until now but I was happy with the way she let down today.

“I thinks she’s got a future and we will give her a break and hopefully she comes back for Christmas where her best distance will probably be around 1400m.  Getting today’s win on the board will help getting her into those good races.”

Vampi At Play was bred by Mungrup Stud in partnership with Lex & Shirley Piper and was purchased as weanling at the 2020 Mungrup Dispersal by Parnham Racing (as agent) for Ridgeport Holdings owner Santo Guagliardo.

Her dam Vampi Lass (Bletchley Park) changed hands for $70,000 at the same auction carrying a Playing God colt.  He has been named Lord Vampi by breeder and part-owner Oakland Park.  And a Sessions – Vampi Lass colt arrived at Oakland Park last August. 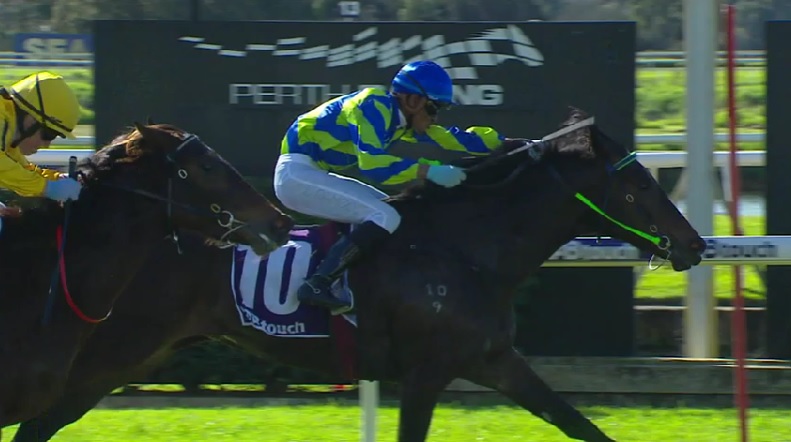